Ways to Support the BLM Movement 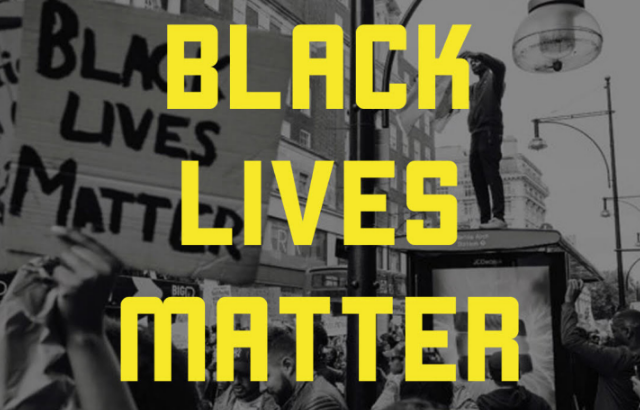 The murder of George Floyd less than two weeks ago by four Minneapolis police officers in broad daylight catalyzed a social movement against anti-Black racism in the United States. Protests were organized all over the country. Two days later, Regis Korchinski-Paquet was allegedly pushed off her balcony by a Toronto police officer. Since then, people around the world have come together to demand justice, and Black Lives Matter is stronger than ever.

There are many ways to help. The first step is to self-educate and listen to the Black community. The BLM movements firstly seek to educate people about the deep-rooted racism that has been embedded in our society. To learn more about the objectives of the BLM movement, click here.

Various social distance-abiding protests allow you to show your solidarity for the movement in person. There was one hosted at Canada Place last Friday which featured inspiring speeches, chants, and live music. To stay up to date about future events by the same organizers, follow @blackvancouver on Instagram.

As the death of Regis Korchinski-Paquet and many others has shown us, the potential for systemic racism and police brutality is not exclusive to the United States. The investigation into her death is ongoing, and there have been protests all over Canada demanding more transparency on the issue. Here is a petition that you can sign in support of getting justice for Regis.

Another way to help is to sign and share relevant petitions, showing strength in numbers to our government officials. This George Floyd petition went viral, and the millions of signatures on it contributed to the decision to charge all four of the officers implicated in his death. They are now awaiting trial. Here are petitions for issues happening in Canada. You can find a mass list of petitions to sign mainly focused on the United States here.

One of the most effective ways to help the movement is to put your money where your mouth is. There are endless organizations that need donations to facilitate their amazing work, and any amount helps. Bail funds are gaining traction as many innocent protestors are being arrested and need bail money. Here are the Toronto, Ottawa, and United States protest bail funds.

Your money can be useful to the families of victims of racism and police brutality. A master list of funds can be found through BLM. Now is a pivotal time to support Black businesses, so show your support when possible. You can find a list of Black-owned businesses on the BLM website..

Lastly, there is a list of organizations that advocate and offer support for disadvantaged Black lives on BLM’s website. You can support them directly through their individual websites.

Some students might not have the extra money to give, which is understandable. A brilliant video which generates ad revenue to support the movement has been uploaded to YouTube.  All you have to do is play the video posted by Zoe Amira on YouTube, make sure your ad-blocker is off, and leave the video playing.

Canadians must understand that bigotry and systemic oppression of Black and Indigenous peoples exists in this country. Just because our neighbours to the South receive more media attention and are more blatant in their approach does not mean that we are light years ahead of them.

We must recognize our privileges and utilize the advantages and voices we have. We must educate our family and friends regarding this issue. We are living in the age of COVID-19, but the biggest disease this world has ever seen is racism.