KPU alumna Kim Baird will step into her three-year term on Oct. 5. 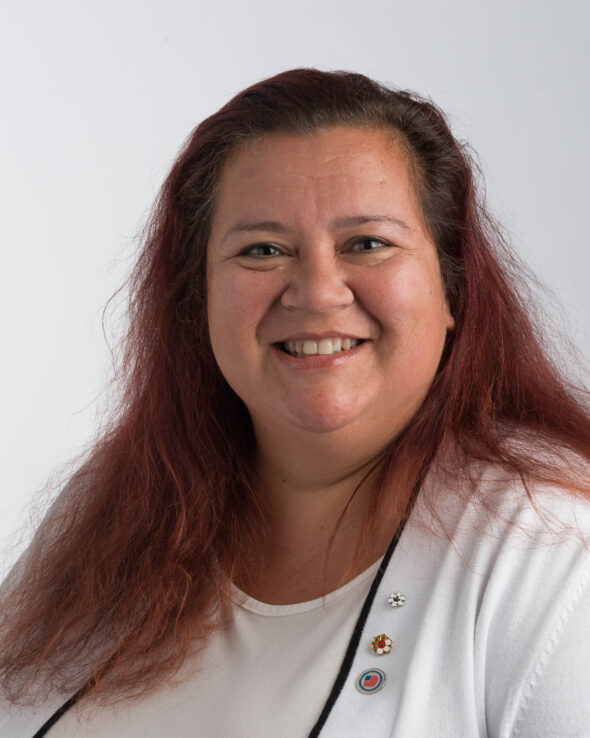 In her new role, Baird will serve as the ceremonial head of the university starting in October. Chancellors at KPU lead convocations, give credentials to graduating students, and act as an ambassador for the university.

Baird says she was honoured to take the position.

“I think it is a great platform to sort of advance issues around Indigenous reconciliation,” she says. “And it just aligns with my support of post-secondary education.”

She was elected Chief of the Tsawwassen First Nation from 1999 to 2012. While she was Chief, she was involved in negotiating British Columbia’s first urban modern treaty, which was implemented on April 3, 2009.

When she first was elected as Chief, Baird was 29 years old, making her the youngest woman to hold that position in the Tsawwassen First Nation.

“I went to KPU much earlier in my life,” she says. “I had landed there because I wanted to go into a smaller facility, and I didn’t know what I wanted to take so I took general arts to take a variety of courses to see what I liked.”

Baird graduated with an arts diploma in 1992. During her studies, she was inspired to take action in her own community after taking an Indigenous Issues course at KPU.

“I started advancing the Tsawwassen land claim because of what I learned at Kwantlen and how I wanted to apply it to my community,” she says.

Baird has received many awards, including an Honorary Doctorate Degree from Simon Fraser University, Kwantlen Polytechnic University’s Distinguished Alumni Award, Canada’s Top 40 Under 40 Award, and the 2015 Inspire Award in the category of politics.

After her time as the Chief of the Tsawwassen First Nation, Baird went into consulting in May 2013. She became the owner of Kim Baird Strategic Consulting, through which she consults on First Nation policy, governance, and economic development. She also works with consultation, communication, and engagement within First Nations.

Baird initiated the development of the Tsawwassen Mills project on Tsawwassen First Nation lands, and she is a mentor for the Girls Action Foundation.

Besides being a consultant, former Chief, and spokesperson, Baird is also a proud mother of three young girls.

“I think it is important that people realize that you can find yourself when going to school, and find your passion, find your calling,” she says.