UIPAC Calls for Action on Anti-Racism and Reconciliation from Mayor, Council, and Civic Departments 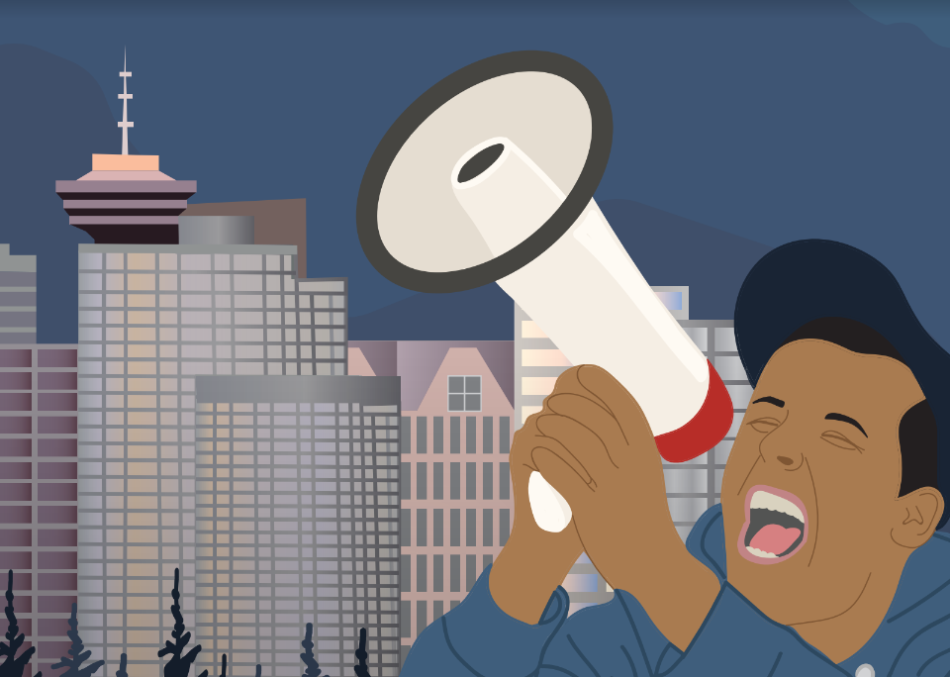 The Urban Indigenous Peoples’ Advisory Committee sent an open letter listing calls for meaningful action on anti-racism and reconciliation by Vancouver’s Mayor and Council, municipal government, police department, school board, and park board on July 7.

UIPAC committee member Michelle Cyca says the calls for action were created out of frustration with the City of Vancouver due to “immediate concerns about rising racism and systemic racism in the city” going unresolved and ineffective consultation between the two parties. She is Cree from the Muskeg Lake First Nation on Treaty 6 Territory.

“Our role is supposed to be about having meaningful consultation with the city, being able to represent the views of urban Indigenous people, and our experience as a committee has felt like we’re sort of being tokenized by this process,” she says.

Committee members feel that they aren’t given sufficient time to review initiatives that have an impact on Indigenous people, nor are they shown proof of how their input has been incorporated.

The committee asked Mayor Kennedy Stewart to meet with them “as a gesture of his stated commitment to listening to Indigenous leaders and a first step towards deepening relationships with urban Indigenous peoples within the city.” According to members, plans for this meeting are now underway. When it happens, it will be the first time that UIPAC has met with the mayor since the current membership was appointed in May 2019.

UIPAC also asked the Mayor and Council to “apply an equity lens to forthcoming budgeting decisions for the next fiscal period, ensuring that critical resourcing for Indigenous communities are not perceived as ‘optional’ investments in a City of Reconciliation.”

Vancouver received its designation as a City of Reconciliation in 2014. With this title came a public promise to form a sustained relationship of mutual respect and understanding with local First Nations and the urban Indigenous community on an ongoing basis.

“For far too long, the City of Vancouver has prided itself in its designation as a City of Reconciliation by referencing past successes. Of the six notable actions referenced in this year’s statement on Indigenous Peoples’ Day, four were launched or completed by 2014. This is simply not acceptable, and as a committee we have grown tired of symbolic gestures and empty promises,” reads UIPAC’s letter.

The letter asks, “As we mark one year since the release of the Final Report of the National Inquiry into Missing and Murdered Indigenous Women and Girls, and in a year in which societal inequities and injustices have been made so strikingly clear, where is the city’s leadership in this critical time?”

It lists five calls for the City, starting with giving UIPAC information about how allegations of racism and culturally unsafe work conditions by employees are addressed and what steps have been taken to address previous complaints. The deadline they set for fulfilling this request is before their next Regular Meeting on Sept. 14.

UIPAC also asked to be provided with data on Indigenous staff recruitment and retention within the City, culturally responsive support, and resources for building an official equity framework.

Sally Green, who manages communications related to Homeless Services and Affordable Housing for the City of Vancouver, sent The Runner a response to UIPAC’s letter on July 13.

“City staff have been directed to collect and prepare fulsome information briefs on each of the points highlighted as a starting point to continue dialogue with the Committee on current status of City work, the overall state of anti-racism and Reconciliation focus at the City, and next steps to begin meaningfully addressing these critical concerns,” the statement reads.

It also says the City will meet with the committee to “discuss how they can better recognize the leadership, expertise, and experience of UIPAC and the broader Indigenous community and to complete a full analysis of how inequity, colonialism, and racism are maintained through the City’s operations.”

Staff are still working on developing an Indigenous-centred equity framework. According to the statement, “this work anticipates systemic changes to HR and hiring, furthering anti-Indigenous racism and decolonizing training and practices, revised engagement protocols, considering how to further decolonize [their] work with Indigenous communities, and consideration of investment and resourcing requirements.” City staff are also “scoping out the work to undertake a colonial audit of the City.”

However, dates for the completion of these initiatives were not included in the response.

Other recommendations in UIPAC’s letter include ending street checks by the Vancouver Police Department, appointing a VPD liaison to UIPAC, and including the committee in conversations about racism and colonialism perpetrated by the police. They are concerned about street checks being used as a tool to target and incarcerate systematically oppressed people.

VPD Media Relations Officer Tania Visintin told The Runner in an email statement that, “although street checks are used infrequently, they are a useful crime prevention tool.”

“So far this year, the number of street checks conducted has declined by 91 per cent when compared to the previous year. If this trend continues throughout the year, it will equate to less than one street check per frontline officer in a calendar year. In comparison, for every street check conducted, there are 500 calls for service for police,” says Visintin.

Street checks in B.C. aren’t random, arbitrary, or mandatory, she says. Rather, they are conducted when an officer “encounters someone believed to be involved in criminal activity or a suspicious circumstance” or “if a member of the public calls police to report a public safety concern.”

The government of B.C. released new provincial policing standards on street checks in January, and the VPD updated its policy on Conducting and Documenting Street Checks and Police Stops the same month. Street checks were reviewed both internally and externally by the Vancouver Police Board in 2018.

The Vancouver School Board has been asked to provide an action plan on how the adoption of the United Nations Declaration on the Rights of Indigenous People will be implemented at Vancouver schools.

UIPAC suggested that the VSB rename Gladstone Secondary in consultation with Musqueam, Squamish, and Tsleil-Waututh Nations, and that they consult with Black and Indigenous community leaders regarding the termination of the School Liaison Officer program. They want the latter to be completed by September.

The School Board responded to these calls in an email statement to The Runner on July 13. On behalf of the board, Chair Janet Fraser wrote that the city has “set policy direction to enhance the District’s work in addressing racism” at a recent board meeting. Specifically, they passed a motion to engage with Musqueam, Squamish, and Tsleil-Waututh Nations in the development of the VSB’s Land and Asset Strategy plan and “considered a motion to review the SLO program in schools of the District.”

“That motion also calls for broad engagement with students, communities of colour, and equity-seeking groups as well as parents, staff, District partners, and the police forces,” wrote Fraser.

Only one call was directed to the Vancouver Park Board: Continue the work of developing and actioning a Decolonization Strategy. The park board did not respond to requests for an interview.

Cyca, who has been with UIPAC since 2019, says long-term members like Penny Kerrigan “have been a part of many consultations that are often about the same issue over and over, and nothing seems to be happening or changing.” Kerrigan agrees, adding that she feels past city councils have been more engaged with UIPAC than the one they’re working with now.

“When we went to council, it seemed like the City was overwhelming us with presentations,” says Kerrigan. “There was really limited time for questions, but there were really big things that were happening in the community.”

A month after the National Enquiry for Murdered and Missing Indigenous Women and Girls came out with their calls to justice last June, UIPAC held a meeting to review them. Afterwards, they asked the City to prove that they had taken actions on the calls by September.

“That wasn’t done, and the excuses were, ‘We have to hire people. They haven’t been hired,’ and ‘The hiring process takes a long time.’ By November, I was pretty upset. I worked for the National Enquiry for two years, and so it was really close to my heart,” says Kerrigan.

An Indigenous planner worked with UIPAC when the Truth and Reconciliation Report came out and created a list of all the actions that needed to take place in Vancouver. Still, Kerrigan says the City only moved on a few of the items suggested.

When Indigenous people were facing increased violence and racism during the widespread Wet’suwet’en solidarity demonstrations in February, they asked to meet with the Mayor to find solutions. His office responded by saying the chief of staff would meet with them in a month instead, according to Kerrigan.

“We were used to a mayor who, if he didn’t meet with us, would make sure one of his councillors would meet with us or the deputy mayor,” she says. “They’re not addressing the problem, and the problem is systemic racism in the City of Vancouver.”

UIPAC has a meeting once every two months where they take formal actions like approving statements or putting motions forward to Council. Because of how far apart each meeting is, Cyca says “it can be really difficult to respond in a timely fashion to any issue that’s happening in the city.”

“The arrest of Maxwell Johnson and his granddaughter at the Bank of Montreal in December is something that, as a committee, we’ve been wanting to form a response to for a while but it’s so hard to advance those issues in the structure that our advisory committee is made to operate within,” she continues.

“We’re bound by procedures like Robert’s Rules of Order, we’re limited in our ability to make public statements, and it seems kind of contradictory that a group of Indigenous people are made to operate in this really colonial context and framework.”

They would like to be better supported in communicating with other committees and groups with goals that intersect with UIPAC’s.

“The really sweeping nature of all these recommendations being consolidated into one letter stems from … how difficult it is for us to respond to things in a timely manner and our feeling that, as a committee, there were so many issues that we wanted to address that it was overwhelming to try and address them one by one because we were always behind,” says Cyca.

She hopes the letter highlights how systemic racism and colonial practices are present within civic institutions.

“A lot of our concerns were around moving past this consultation phase of discussing issues into an action phase where they’re making commitments to make changes or dedicate funding to some of these commitments,” she says.

“The councillors who are our liaisons, Adriane Carr and Christine Boyle, are really engaged. I believe that they have good intentions and a really genuine desire to advance this work, but the way the committee is structured, the way we’re able to engage with the Mayor and Council, the way we can engage with the public — there are just so many barriers to getting this work done.”

Kerrigan emphasizes that everything listed on the letter is urgent, but creating an Indigenous Relations department could make a big impact on how UIPAC functions.

“It’s bureaucratic, and it would still be bureaucratic with an Indigenous department, but we’ll have a City and a department that understands next steps, that have the ability to work on reconciliation every single day,” she says.