The border closure has been extended until Aug. 21, with some new restrictions 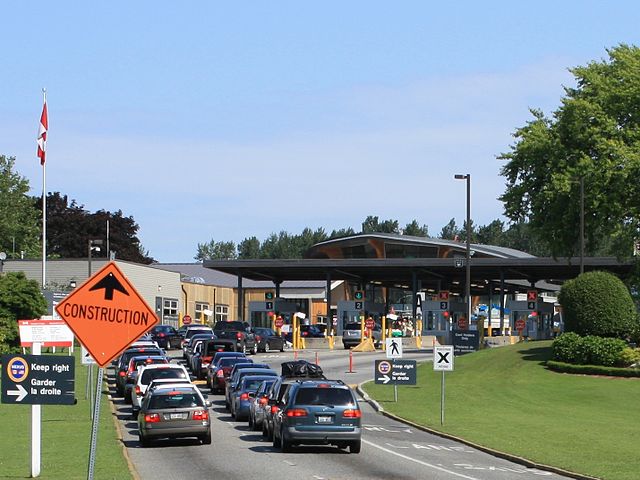 Earlier in July, the Canada-U.S. border received its fifth extension to remain closed for another 30 days, with exceptions for essential traffic.

The border closure prohibits people from travelling between countries for tourism-related activities. Only commercial traffic through railways and trucks, people returning to their home country, essential workers and temporary workers, and immediate family members are allowed to pass through.

The extension came after the U.S. saw a spike in COVID-19 cases in Southern states. Trudeau said he, among provincial leaders like Ontario Premier Doug Ford and British Columbia Premier John Horgan, is concerned about reopening the borders

Canada is still welcoming immigrants and temporary foreign workers, as Immigration Minister Marco Mendicino has said that doing so will help the Canadian economy recover. The number of immigrants coming to Canada has increased since Trump banned new green card holders and temporary workers from entering the U.S.

The first border closure ban was introduced on March 21 and has been extended every month since then.

Visitors displaying symptoms of COVID-19 are not permitted to enter Canada regardless of why they’re travelling.

As of March 31, any travellers arriving in Canada by any form of transportation must provide their contact information to a border services officer.

Travel within Canada is less discouraged during the summer months. If taking a domestic flight, Canadians are subjected to a health check prior to boarding. They will be refused entry if they present symptoms, have been refused in the last 14 days due to medical reasons, or have been subjected to a local or provincial public health order.

Canadians can fly to the U.S. but must follow restrictions upon returning to Canada. Some airlines have denied entry to passengers, even though the border closure only applies to land and marine transport.

Travellers going to the U.S. are not required to self-isolate for 14 days, although it is recommended, unless they have visited Brazil, China, Iran, Ireland, the United Kingdom, or any of the 26 European countries in the Schengen Area 14 days prior to arriving in the U.S.

The Canadian government has advised against non-essential travel outside of Canada. Many countries have their own travel restrictions in place and could impose more restrictions on Canadians travelling abroad.

First-year students from the U.S. will be allowed to study in Canada this fall.

Since June 9, foreign nationals who are immediate family members of Canadian citizens or permanent residents have been allowed to enter Canada under limited exemption to existing border restrictions. They may be spouses, common-law partners, dependent children and their children, parents, or legal guardians.

Immediate family members must have a plan to stay in Canada for at least 15 days, quarantining for 14 days as soon as they enter Canada.

The Canadian Border Services Agency (CBSA) estimates that it has turned away over 10,000 Americans at the border since the pandemic began. There have been reports of some U.S. citizens getting through the border and being spotted sightseeing in Banff and Golden on their way to Alaska.

“All persons arriving in Canada at an air, land, marine or rail border will be asked about the purpose of their visit and whether they are feeling ill or unwell,” CBSA spokesperson Rebecca Purdy said in a statement emailed to CTV News.

To address the “Alaskan Loophole,” the CBSA tightened its rules for Americans and other foreign travellers going through Canada on the way to or from Alaska.

Under the new restrictions, foreign nationals travelling to Alaska for essential reasons can only use five crossings: Coutts in Alberta, North Portal in Saskatchewan, and Abbotsford-Huntingdon, Kingsgate, and Osoyoos in B.C.

They are allowed a “reasonable period of stay” to travel along the limited route to reach Alaska. Travellers are not allowed to visit national parks or leisure sites or participate in tourism activities, and they must report to Canadian border officers when they leave Canada.

Drivers are given a tag to hang in their rearview mirror with the date they must leave Canada. Travellers are also given a handout explaining the rules they must follow during their trips.

If travellers provide false information about their reason of travel they may be banned from or denied entry to Canada. Travellers who do not comply with the Quarantine Act can face up to $750,000 in fines or six months of jail time. People who cause risk of “imminent death or serious harm to another person while contravening the Act” can be fined up to $1 million and imprisoned for up to three years.

CBSA, the Public Health Agency of Canada, Service Canada, the RCMP, the Public Prosecution Service of Canada, local jurisdictions, and provincial health authorities can administer or enforce the emergency orders made under the Quarantine Act.

With the border closed, businesses that rely on tourism are struggling both in Canada and the U.S.

In Eureka, Montana, tourism makes up a fifth of the county economy. One gift shop owner there estimates she lost 60 per cent of her revenue since mid-March.

Tourism Fernie Executive Officer Jikke Gyorki says visitation is down between 10 and 20 per cent, and Fernie’s ski industry is expected to suffer in the winter months.

The Canada-U.S. border is the longest international border between two countries in the world. It is also known as the longest undefended border in the world, but it was not built that way.

The Treaty of Paris signed in 1783 began to draw the boundary between Canada, then-British North America, and the United States. After a century filled with over a dozen treaties and awards, the border was defined. Throughout that time, conflicts like the American Revolution, the War of 1812, and the Cypress Massacre gave reason for both countries to invest in border policing.

This spring marked the first time since the War of 1812 that the Canada-U.S. border closed in both countries.

Meanwhile, some experts worry that the longer the border remains closed, the harder it will be for the Canadian economy to recover.

The future of the Canada-U.S. border is still being debated. It will likely remain closed until the end of the year or when the U.S. regains control of its outbreaks.