How to Stay Creative During Quarantine 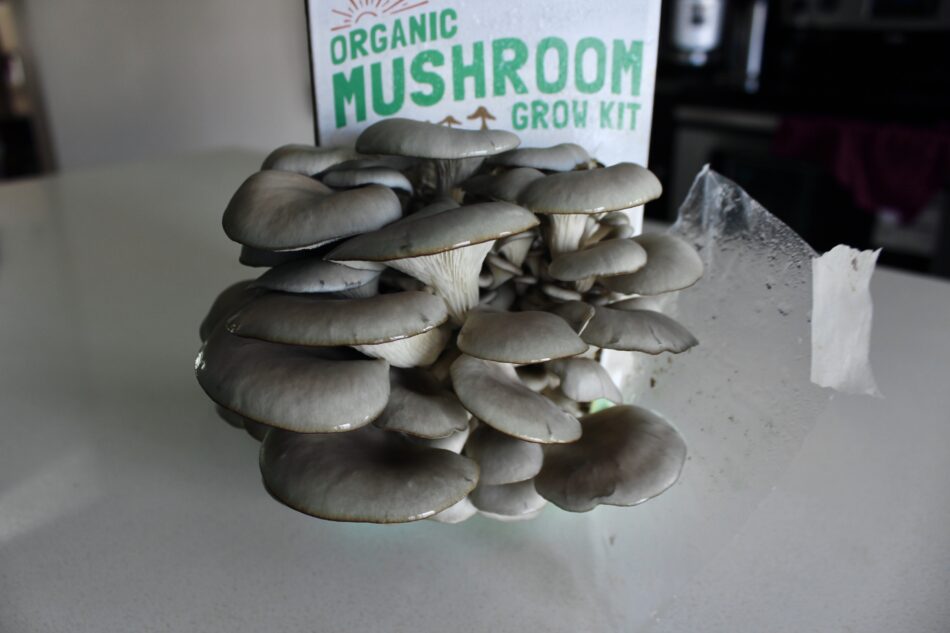 While others complain about being stuck at home, I believe quarantine is the perfect opportunity to experiment with some new hobbies, like growing an oyster mushroom farm or starting a YouTube channel.

I got my dad an oyster mushroom farm for Father’s Day. I didn’t want to go for cremini mushrooms or portobello mushrooms because those are just basic.

The grey and white oyster mushrooms are safe to eat, and you can add them to your rice, soup, tomato sauce, cereal, and so on.

I decided to make a savoury fettuccine alfredo dish using the organic mushrooms. I harvested the little umbrella-looking fungi and sauteed them with garlic, butter, and scallions. Then I plopped them in the white alfredo sauce, and let me tell you, it was finger-licking tasty.

The mushrooms took about 10 days to grow fully, and while they were sprouting, I kept the soil moist with cool water.

I am not a crazy plant person, but having a bunch of mushrooms growing in your kitchen is sort of cool, especially if you know that you will later consume the little guys.

The only type of plant I can take care of are cactuses, which are not even considered plants since they are part of the Cactaceae family. I have two cute little cactuses named Lupita Gonzalez Filos and Clementina Gonzalez Filos. Lupita is a barrel cactus while Clementina is a red moon cactus.

But if I had to decide between having cactuses or mushrooms, I would 100 per cent go with mushrooms. This is because I can eat them. They also remind me of the mushroom kingdom from Super Mario 64.

Apart from growing mushrooms, I have also started a YouTube channel called Nicole’s Broadcast. A YouTube channel is a great way to express your creativity. It’s also a platform to share your thoughts while random people from the internet observe you — or don’t, if you decide not to expose yourself.

My latest video is a tutorial on how to make paella. For those who don’t know, paella is a dish from Spain. I had lots of fun filming it because I did it inside the comfort of my home. If you aren’t an explorer or an outdoorsy person, you can easily make videos in your home or even in your room.

People often assume that to start a YouTube channel, they need the best camera setup or the best editing software, but this is completely wrong. You can start filming with your smartphone and edit using free software that is available to you.

Personally, I use my brother’s Hero GoPro 7 to film my videos. It’s a pocket-size camera that you can take wherever you go. It has lots of cool features like 4K, timelapse, and different frame rates to shoot from. The battery isn’t the best, and it usually dies down within 40 minutes, but when that happens I film with my phone.

To edit, I used to use Shotcut, which works with both MAC and Windows, but I now use Davinci Resolve, which is also free software.

If you are an artsy person who paints, draws, or sculpts, take advantage of YouTube to share your artistic skills and bring more eyes to your work. Similarly, if you can cook, just grab your phone and make a simple tutorial on how to make pancakes.

Quarantine is a time to explore some new hobbies, so keep busy and please don’t add mushrooms in your cereal. I was just kidding.