Advocates Say The Need for Safe Supply Has Never Been Clearer

The COVID-19 pandemic has exacerbated the need for a safe drug supply in B.C. 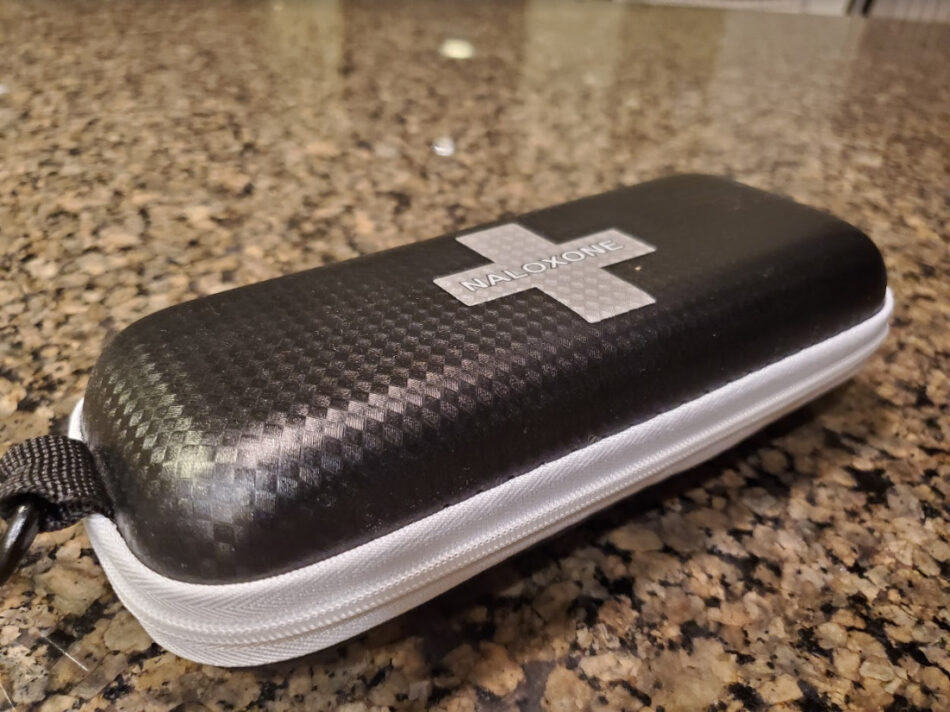 Naloxone is used to treat a fentanyl overdose, which are on the rise in B.C. this year. (Kyler Emerson)

B.C. has been facing the opioid epidemic for years, and the COVID-19 pandemic has only exacerbated the need for safe supply for drug users.

In the BC Coroners Service report updated on Sept. 23, 1,068 people died of overdoses in the first eight months of this year. B.C. has seen over 100 reported overdose deaths per month since March when services were being shut down, the borders were closed, and social distancing measures were implemented.

May, June, and July came the highest number of total recorded overdose deaths the province has ever seen. There were 147 overdose deaths reported in August, although that number may change as the BC Coroners Service concludes ongoing investigations.

Len Garis, a former Surrey fire chief and associate scientist of the BC Injury Research and Prevention Unit, published a report in 2019 which outlined two major concerns for opioid users: Obtaining a reliable supply of drugs and finding the resources in order to obtain that supply.

“Eighty-seven per cent of the [people who died from] fatal and non-fatal overdoses [in Surrey] had a prescription a year prior to the overdose, and 45 per cent of those were for opiates,” he says, referring to the report. “So that becomes the question of, ‘What is that about?’”

Of the 147 overdose deaths reported in August, 103 were fentanyl-detected deaths.

Fentanyl is a powerful synthetic opioid painkiller about one hundred times stronger than morphine. It has replaced heroin on the streets for its quicker but similar effect and is often mixed with heroin or cocaine with or without a buyer’s knowledge.

Guy Felicella is the Peer Clinical Advisor at the BC Centre on Substance Use. He spent 30 years using addictive drugs before becoming an advocate for harm reduction and recovery.

“With borders shut down from the COVID-19 pandemic, precursors are not coming across the border, so people are using domestic supplies or switching to a different supplier where they don’t know the dose or the source,” he says.

The opioid crisis was declared a public health emergency by the provincial government in 2016 after a spike in overdose deaths that year. The spike correlates with the introduction of fentanyl in the street drug supply.

“If it’s a health issue like everybody says it is, then why do we punish people for using drugs?” asks Felicella.

In the summer, activists and the head of the Canadian Association of Chiefs of Police called for decriminalizing simple illicit drug possession. But Felicella says we need both decriminalization and safe supply to save lives.

“Decriminalization [would help] reduce the amount of stigma and discrimination drug users face, but it won’t address the toxic drug supply,” he says.

“We know the pandemic has only made the street drug supply in B.C. more toxic than ever, putting people who use drugs at an extremely high risk for overdose,” said Henry.

“Giving physicians and nurse practitioners the ability to prescribe safer pharmaceutical alternatives has been critical to saving lives and linking more people to treatment and other health and social services.”

Felicella says British Columbians have to consider why people using alone keep dying and urges them to dismantle their internal biases against people who use drugs.