Blue light glasses marketing may be misleading, but they seem to save my eyes after looking at screens all day 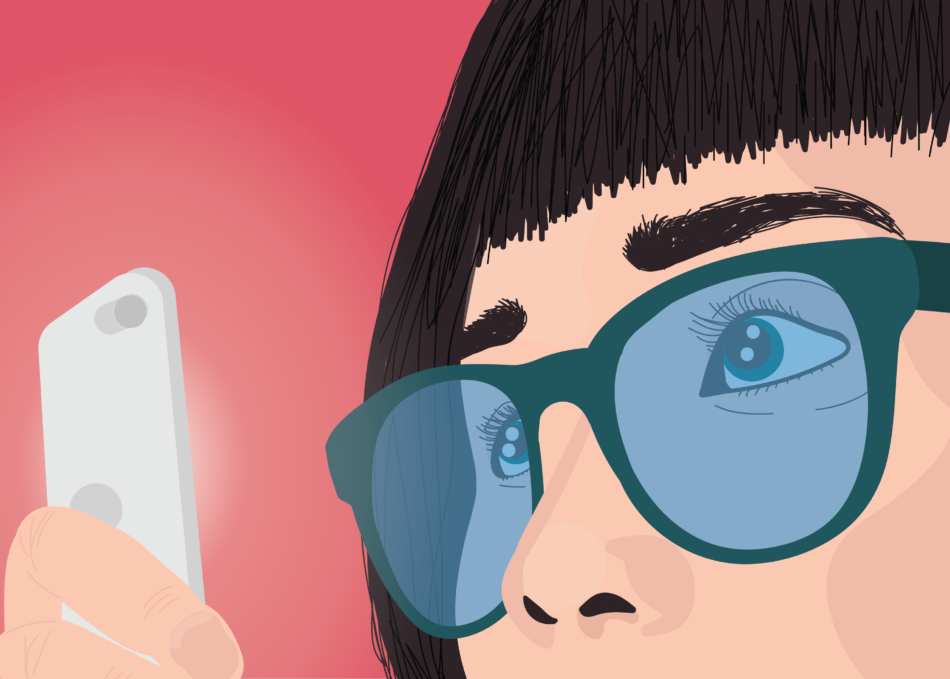 As I’m sure, we all know: the pandemic has brought with it a lot of additional screen time.

Almost all of my interactions now, whether they’re for work, for school, or for play, are done through a screen of some sort, and with that comes the end-of-the-day feeling that my eyes have transformed into wrinkly little raisins in their sockets.

By the middle of the fall semester, the headaches in combination with my red, dry eyes became agitating to the point of needing to do something about it.

These symptoms, along with blurry or double vision and neck or back pain, fall under something called Computer Vision Syndrome, a condition WebMD describes as eye problems caused by using the computer.

WebMD likens computer vision syndrome to Carpal Tunnel Syndrome, where it occurs as a result of repetitive motion.

In this case, it is the repeated back and forth of our eyes moving across a screen, the symptoms potentially getting worse the longer we do it.

While I was completing the fall semester, in combination with work and play, I would look at a screen for at least eight hours a day — usually going for long uninterrupted stretches. So, for $25 plus shipping, I figured why not try to ease the strain on my eyeballs with some blue light filtering glasses.

The marketing claims behind these types of lenses are convincing, saying that they’ll help with tired, strained eyes and sleep disruption. But at times, the marketing can be scary and completely factually incorrect.

However, the investigation concluded there is no proof that the blue light emanating from our many screens is causing actual anatomical damage to the eye.

“I think a lot of this is just to create fear and confusion, and when people have fear and are confused, they end up spending money on things they don’t need to spend money on,” Dr. Sunir Garg, a spokesperson for the American Academy of Ophthalmology, told the CBC.

WebMD also says there is no proof that the computer, or the light coming off screens, causes long-term damage to the eyes.

Blinking less, constantly refocusing your eyes, not having the right prescription lenses, and glare are more likely to be the reason for troubles.

The American Academy of Ophthalmology points out it is how people are using their screens, not anything coming from the screen itself, that can cause eye discomfort.

Sure, my eyes feel sore after sitting at the computer for hours, but it’s not because the blue light is zapping them with ‘damaging rays.’ It’s likely because I’m staring at the screen like an unblinking zombie with poor posture.

So, are blue light glasses a farce?

Well, if you’re buying them to protect against ‘damaging’ blue light, then yes.

Personally, I love my pair of blue light glasses, and in addition with other tips and tricks to reduce eye strain, I’m having fewer end-of-the-day headaches, which is good enough for me.

Will blue light filtering glasses be right for you?

I suppose there is only one way to find out.