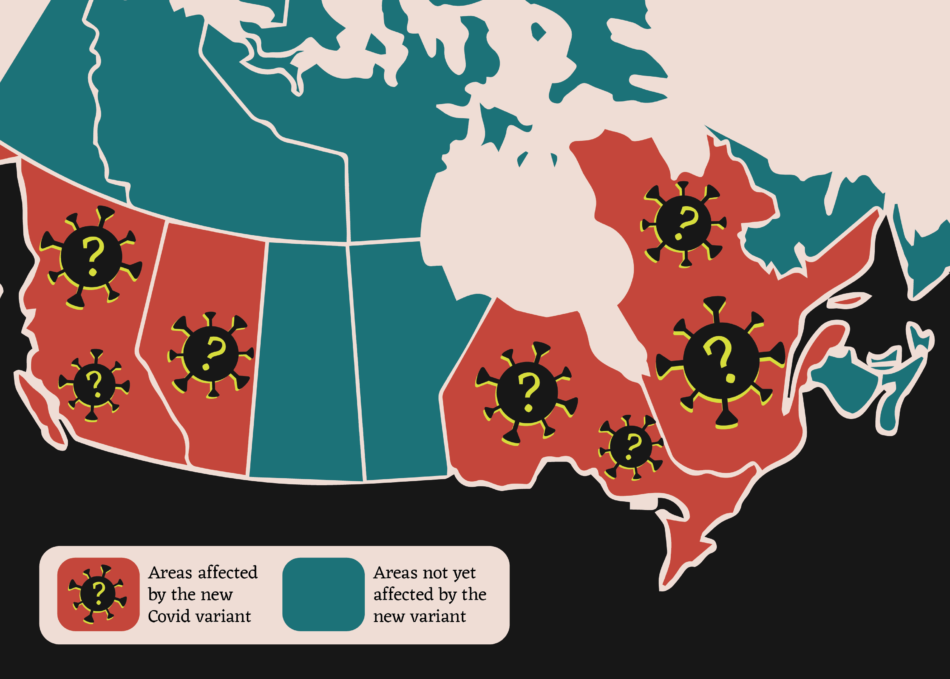 During the pandemic, there have been multiple documented variants of the virus popping up globally. Still, the one that has emerged in the U.K. has an “unusually large number of mutations,” according to the Centers for Disease Control and Prevention.

This particular variant appears to spread easier and faster than the other variants, and was first detected in September, but is now “highly prevalent” in southeast England and London, said the CDC.

Now, this COVID-19 variant has been detected in several other countries.

“It is important to note there is no evidence that the new COVID-19 variant is more likely to cause severe illness, nor is there evidence to suggest the Health Canada approved vaccines will be any less effective against the new variant,” said a joint statement put out in December by B.C. Provincial Health Officer Dr. Bonnie Henry and Minister of Health Adrian Dix.

The same precautions and guidelines are in effect for preventing more cases of the variant, which include mask-wearing, physical distancing, staying close to home, and avoiding non-essential travel.

It is expected that viruses naturally mutate over time, said the CDC, and when variants pop up they can either disappear or start infecting people.

Scientists are continually working to understand and learn more about the coronavirus variants, and the CDC says that more research and studies are needed to identify how broadly these new variants have spread, how they differ from each other, and how illness caused by these new variants is different from illness caused by the ones currently circulating.

The individual in B.C. who tested positive on Dec. 19, after a flight from the U.K. four days previous, lives in the Island Health region and has been in quarantine since they landed.

In B.C., the variant is continually being tracked by the B.C. Centre for Disease Control Public Health Laboratory through whole-genome sequencing, said the joint statement from Henry and Dix.

The ongoing provincial health orders, which are in effect until Jan. 8 at midnight, continue to discourage non-essential travel.

International travellers returning to B.C. must complete the federal ArriveCAN application before boarding their flight and self-quarantine for two weeks once arrived.

The Canadian government has suspended all incoming flights from the U.K. until Jan. 6, at the earliest, but restrictions could change with little warning.

Dr. Srinivas Murthy, an infectious disease expert at the University of British Columbia, said to CBC that, with cases of the U.K. variant popping up in Canada, there may be the argument that provincial restrictions expiring on Jan. 8 be strengthened or extended.

“All British Columbians have to remember the virus spreads quickly but shows up slowly. By staying local, avoiding non-essential travel, and using our layers or protection, we can reduce the potential for a surge in new cases and keep our communities and loved ones safe,” said Henry and Dix in their joint statement.