Explainer: The harm smoking and vaping can have on B.C. youth 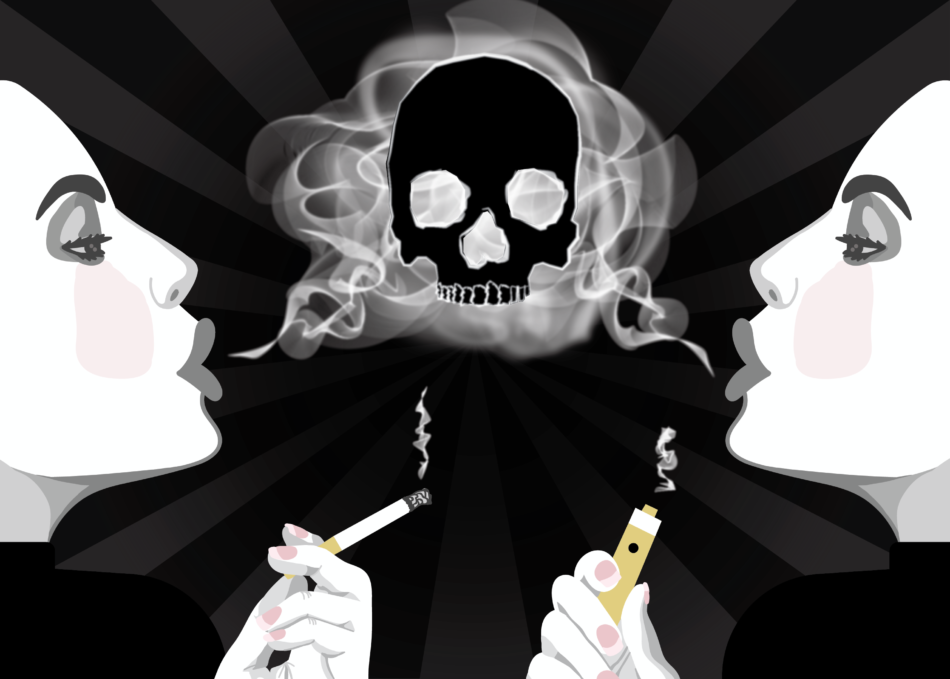 Cigarettes and e-cigarettes are two of the most consumed products in the world. Over the years, smoking has evolved from using pipes and roll-ups to electronically-powered cigarettes. Though cigarettes are more commonly used than e-cigarettes, it has still become a popular alternative.

Health experts say that smoking presents dangerous risks to a person’s overall health. It can cause chronic illnesses such as heart disease, stroke, cancer, chronic cough, and others. British Columbia has the lowest youth smoking rates across Canada, but according to the BC Adolescent Health Survey the rate of vaping has drastically increased, with 42 per cent of youth ranging from Grade 7-12 having tried e-cigarettes before.

Appealing to the younger audience, with 27 per cent of B.C. youth reporting that they had used a vape product the month before the survey, vaping gained its popularity because it is advertised as being easier to use, and is said to help reduce tobacco smoke dependency.

Though its effectiveness as a tobacco cessation product is not quite known, recent studies show that it still presents dangerous risks for the user such as exposing oneself to several harmful chemicals and increasing the probability of smoking cigarettes later in life.

Advertisements for e-cigarettes are carefully crafted to be perceived as a healthier alternative to smoking tobacco, but it can equally be dangerous and deadly in the long run.

Though tobacco has to be burnt in order to be smoked, vaping is delivered through heating liquid. However, they both deliver nicotine to the body.

Some feel that it is healthier to use vape because individuals can choose the nicotine concentration among the liquids ranging from zero to 36 milligrams, but it would still expose them to other chemicals that are not suitable for the body.

The BC AHS mentions that some youth with vaping experience rapidly increased their nicotine intake to a point that “they wished they could cut down.”

The survey suggests that younger people’s decision to smoke or vape can be influenced by their lifestyle. Increased use of vaping products is associated with regular sports and exercise involvement, which is also associated with a lower likelihood of smoking.

Being frequently involved in the community often correlates with a reduction in a person’s urge to smoke or vape.

Feeling a sense of belonging and connectivity to their family, school, and community, and having caring adults for guidance also reduces the chance of youth trying out either one.

Overall, smoking and vaping can bring harmful effects to our bodies. Their risks are avoidable but cannot fully be eliminated, especially for people with dependence upon it.