The significance of Black History Month in Canada

Why we all should celebrate Black History Month, and how we can do it 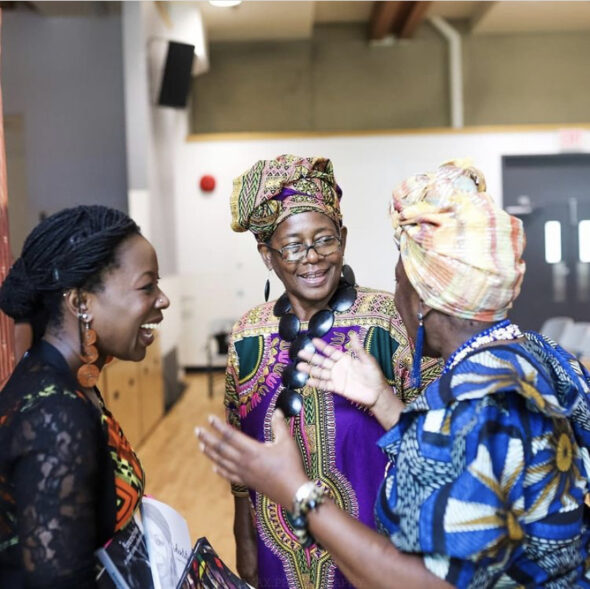 The month of February is a month set aside by many people in Canada to celebrate the many achievements and contributions of Black Canadians and their communities who, throughout history, have contributed immensely to make Canada the culturally diverse, compassionate, and prosperous nation it is today.

As a black woman who immigrated from Nigeria to Canada seven years ago, my biggest fear was losing my cultural identity and heritage as I went through the process of integration. This fear crept over me like the feeling of a thousand thorns, so I decided to do something about it.

I founded a public speaking platform called Talks with Sosa, which brings experts to discuss social justice and mental health issues. Through this platform, the African heritage is celebrated by the meals we serve and the music we play. I also decided to work for an organization called the African Stages Association, which believes in the celebration and the preservation of African Heritage through storytelling.

In 2019, my life changed forever. I was invited to give a talk at a Black History Month event organized by Kwantlen Polytechnic University, where the theme was “Remembering the past, reshaping the future.” While doing my research for the talk, I understood why we all should celebrate Black History Month because it reminds us to be better caretakers of our rights.

Many Canadians are not aware that some of the loyalists who came to Canada after the American Revolution were African descendants, as were many soldiers who made sacrifices during the war in 1812. Many are also unaware that Black people were once enslaved in the territory now called Canada.

Celebrating Black History Month is a way to honour those leaders who have paved the way for us and acknowledge that the people who fought enslavement helped lay the foundation of Canada’s diverse and inclusive society.

For example, Mary Ann Shadd was Canada’s first black newspaper publisher and ran a racially integrated school for Black refugees in Windsor, Ontario. Another example is Portia White, the first black Canadian singer to become an international star in the 1930s and 40s when black women experienced significant barriers in their personal and professional lives.

Another example would be Elijah McCoy, who invented an industry-changing device for steam-powered engines. In the 1800s, his devices for locomotive and ship engines remarkably changed the transport industry.

Celebrating Black History Month supports the education of new generations of Black people who might not be aware of the resilience, innovation, sacrifice, and determination towards achieving a more inclusive and diverse Canada.

I reached out to KPU President’s Diversity and Equity Committee to get more information on the events happening at KPU for BHM. I was redirected to KPU’s Task Force on Anti-Racism, which features some Black History Month events. Unfortunately, these events are not being organized by the university.

Some additional BHM events include Talks with Sosa 2021: Debt Management, Investment, and Savings, on Feb. 27, and Celebrating Black History Month and African Heritage: Reflect Africa’s Achievements Aspirations and Challenges, which will take place Feb. 28 from 10:00 a.m. to 4:00 p.m. over Zoom.