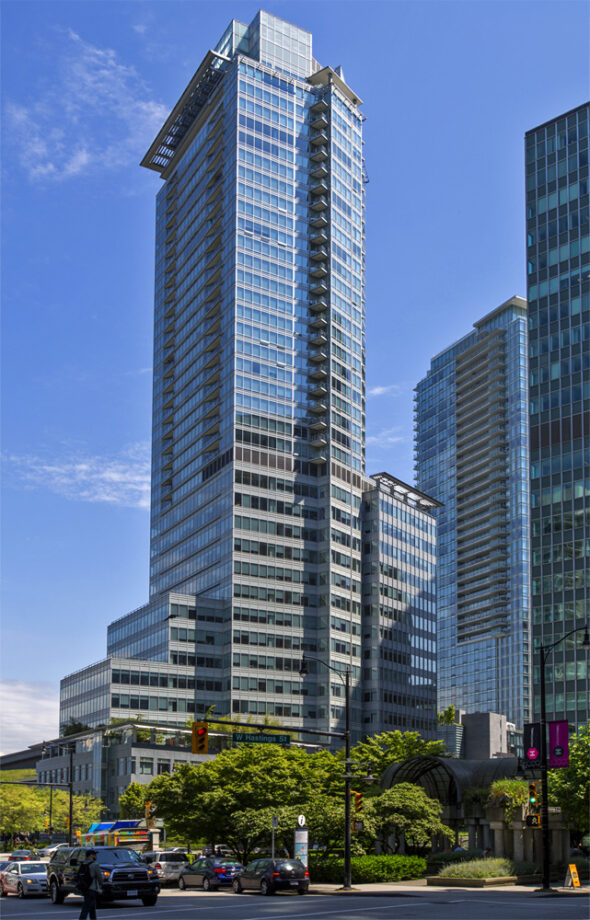 Shaw Tower located in on West Cordova in Vancouver. (wiki.commons)

Potentially one of the biggest transactions ever to take place in the Canadian economy, Rogers Communications has proposed signing a deal with Shaw Communications valued at $26 billion, including debt.

In a news release from March 15, Rogers announced a proposal to purchase all outstanding shares from Shaw for $40.50 per share in cash.

Shortly after the news was released to the public, Rogers shares increased by seven per cent at $64 a share while Shaw increased 42 per cent to $34 a share.

Rogers said if the deal is approved, it will create 3,000 jobs in Western Canada and create investments of $2.5 billion in 5G networks over five years.

Executive Chair and CEO Brad Shaw said in the news release this deal will “build the wireline and wireless networks that all Canadians need for the long term. This transaction will create benefits for generations to come.”

In addition to their deal, Rogers also said they would invest $1 billion in connecting rural, remote, and Indigenous communities with high-speed internet services across Western Canada.

The Rogers and Shaw transaction will go under review by the independent Competition Bureau of Canada, the Canadian Radio-television and Telecommunications Commission, and the federal department of Innovation, Science and Economic Development.

“We feel confident this transaction will be approved. We expect the review to take between nine and 12 months,” said Joseph Natale, President, CEO and Director of Rogers Communications.

Rogers Communications said they would also expand their Connected for Success program to help provide internet access to seniors and low-income Canadians who receive financial assistance. At the moment, the program is only available in Ontario, New Brunswick, and Newfoundland.

Although the future looks bright for the two companies and multiple shareholders, critics worry the deal will result in higher costs and fewer choices for consumers.

“This is a long game, it’s nice to know that your costs won’t be going up for at least a couple years … but we know in the long term, they will and that absents the competition. In many ways really guarantees the notion the costs will go up if this merger goes through,” said Michael Geist, law professor at the University of Ottawa to Global News.

An interactive map created by cable.co.uk shows that Canada pays one of the highest mobile data rates globally, ranked 209 out of 228.

Bell, Rogers, and Telus together control 89.2 per cent of the telecom market in Canada.

Prime Minister Justin Trudeau’s Liberal government announced in March 2020 for Canada’s three largest telecom companies to cut their prices by 25 per cent in the next two years.

To commit to Trudeau’s plan, Rogers promises they will keep Shaw’s Freedom Mobile prices the same for three years following the close of the deal for customers.

NDP leader Jagmeet Singh issued a statement about the recent deal between the two companies.

“Big telecom companies are gouging Canadians and continuing to make massive profits in a time where most families are struggling to get by. A merger between two of Canada’s biggest providers will just make it worse,” said Singh.

Conservative MP Pierre Poilievre said his party would be reviewing the deal to ensure it creates competition and affordability for Canadians.

However, since the Competition Bureau is an independent organization, the government may not have the final say over the Rogers and Shaw transaction decision.