With files from Esther Amankop Udoh 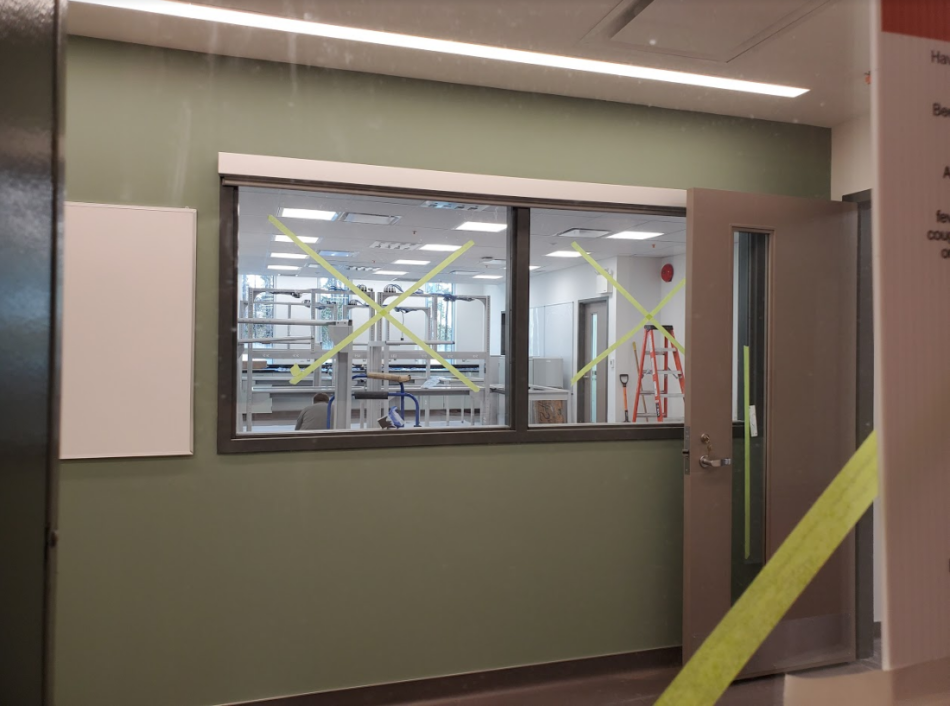 The Biology Lab in the Fir/Spruce building on KPU’s Surrey Campus. (Kyler Emerson)

Dr. Paul Adams, scientific director of the Applied Genomics Centre, chuckles when asked to explain – in a way that anybody could understand – what kind of research the lab works on.

The lab, which is under construction on the Surrey campus at Spruce 214, focuses on genetics research, and specifically looks at how DNA functions and how changes to it can affect plants, animals, and humans, he says.

It also focuses on metabolomics, which has to do with the chemicals that cells produce under different conditions.

“We are doing research almost always with an industry partner. So that can be a company, it might be a not-for-profit, it could be another university, but mostly companies. And we go to these companies and we say ‘what is a problem in your field?’ Then we use our experience, our technology, to help solve those problems,” says Adams.

Financed by the university, industry partners, and different grants, the lab has been successful in securing the funding needed for construction and operation, which was noted in a KPU Board of Governors report from September 2020.

Most of the current projects the Applied Genomics Centre is working on are based in plant and animal agriculture, including bacteria detection in dairy cows, creating new varieties of ornamental plants, and crossing different hops plants used in producing beer. They also work on human health research.

The faculty team includes Adams, Lyndsey Baillie as the laboratory and research coordinator, Dr. Mathias Schuetz as the director of hops research and development, and Garett McCarthy as a research associate.

The team also includes students, says Adams, where there are usually 10 to 15 paid research assistants each year working with the lab.

Because of the lab’s direct ties with industry partners, oftentimes, these students get to visit the places or people they’re working with, Baillie says.

“I’ve taken students out on-site to farms to see the actual process, and they’re involved from the start, and then they’re doing the science in the lab as well – and that’s obviously a great opportunity,” she says.

KPU graduate Michael Ke says that his experience researching how to identify the genetic cause of ataxia – a degenerative disease that attacks the nervous system – has ignited his passion for genetics and health, which is what he hopes to build his career around.

“I always wanted to work in human health, but it has really been in the past two years, being able to do the research project, being a part of the lab, that it’s showing this path forward,” says Ke.

Understanding how to use complex genetic techniques, how to design experiments, and even something as simple as being able to manage his time more efficiently are all tools that Ke says he developed while working with the lab. He is hoping that his experience as a research assistant will also help him in applying to grad school.

Another benefit of being involved in these projects is being able to network with the industry partners and learn in the field even before graduating, says KPU student and research assistant Monique Ly.

Working on the hops project with Schuetz, Ly says they’re working with local breweries to examine which hops variations are best for specific flavours or aromas, and what the best conditions are to grow the plants in.

“These skills that I’ve learned at this lab are the skills that are required to work in any lab in the industry …. They’re completely transferrable,” says Ly.

The lab’s construction is set to be completed soon.