How advocates are fighting against period poverty in B.C.

Around 25 per cent of people who menstruate reported not having access to sanitary products, education or hygiene facilities at some point in their life 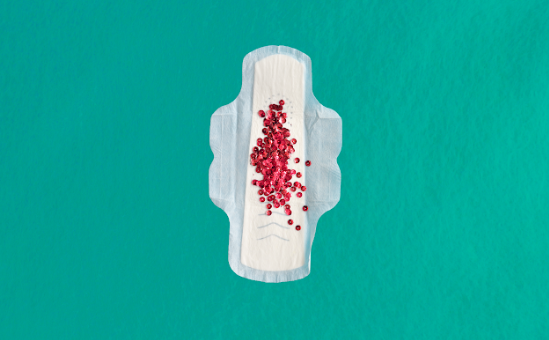 Period poverty is described as “the lack of access to sanitary products, menstrual hygiene education, toilets, hand washing facilities, and, or, waste management.”

A recently released Period Promise Research Project by the United Way Lower Mainland shows that about 25 per cent of people have been affected at some point in time by period poverty. This number is said to fluctuate depending on the part of the world.

The results also show that some people reported being unable to go out due to not having access to menstrual products. Other times, people had no choice but to use unsanitary products.

Adolph says a lot of the community organizations that reached out didn’t have the funds for menstrual products. As more requests were made, Adolph says the United Way realized how much of a concern the issue was and that made them more persistent with requesting assistance from the government.

The B.C. government provided United Way with a 12-month grant to continue its work researching and help to fight period poverty throughout the province. Adolph says the funding has been used to provide menstrual products to 12 community organizations. Data was also gathered on the distribution of the products, and feedback was provided from the recipients, which showed community organizations being asked for menstrual products from one to 60 times in a month.

The survey responses also show how much of a positive impact the distribution of free menstrual products has made on individuals in the community. In one of the responses, a parent was relieved that their child would have the menstrual products they needed during their cycle, and another mother wrote about how in the past she’d have to pick between feeding her child and buying tampons.

The pandemic has also affected how often people in the community can access products, and Adolph says a lot of the agencies United Way works with had to close their doors and could not provide consistent access to free products.

Some community groups made the switch to going out and delivering the products to community members as opposed to asking them to come in, Adolph says.

From March and July last year, there were some shifts in the hours of operations for the community agencies, and Adolph says that put a strain on community members who no longer knew where they could access free products.

“COVID had a huge impact on people who were already dependent on community organizations,” he says.

“People who menstruate experience the negative impacts of COVID, and job loss, and income reduction much more substantially than people who don’t menstruate,” Adolph says.

It’s low-income workers in the retail, restaurant and service industries. It’s people who are young and living with disabilities, and it’s women, girls, or gender diverse folks, he adds.

This Is Me Period is another community initiative that aims to alleviate period poverty. The project is a collaboration between BC Housing and community organizations that work to provide menstrual products to people by distributing them in handmade decorative tote bags with the words “This is Me…Period” printed on them.

Kimberly Thompson, leadership and learning coordinator at BC Housing, says the idea came as a way to help fight the stigma surrounding menstruation, and distributing menstrual products in the tote bags can help with “maintaining dignity.”

“Even just having something nice, like a bag that’s well-sewn, that looks pretty — there’s dignity in there,” says Thompson.

People who menstruate are often ridiculed and have jokes made at their expense, and in certain parts of the world, menstruation has been and continues to be regarded as a “taboo” topic.

“Menstruation is such a normal thing, and yet often it is seen in a light of a negative thing. It is something that really needs to be celebrated,” Thompson says.

In their research report, United Way included four recommendations that would help lower the impact of period poverty in B.C.

The recommendations include creating more community organizations that provide free menstrual products, having free menstrual products in various locations in the community like schools, work, pharmacies, and other public areas, having teachings that will work to fight the shame around menstruation, and generating a “round-table for identifying gaps in services and programs addressing period poverty in B.C.”

In an emailed statement to The Runner, the minister of social development and poverty reduction, Nicholas Simons, wrote that his ministry is looking over the recommendations made by United Way and is working on an “approach to ending period poverty.”

Simons wrote that in the next couple of months he will be able to give more information on the “new multi-sectoral Period Poverty Task Force” which will be looking into the issue of period poverty.

“No one should face challenges in accessing basic necessities, and that includes menstrual products,” he wrote.

Kindergarten to grade 12 students in public schools already do receive free menstrual products from schools, Simons added. This requirement came into effect in 2019.

Tanysha Klassen, the chairperson at the British Columbia Federation of Students, says the steps the UNBC have taken to ensure free menstrual products for students are amazing. Klassen says the BCFS worked with the students at UNBC as they made the push for change.

“What is happening at UNBC is amazing, and it is the first step. There’s a lot of other institutions that have done smaller pilot projects, and the hope is that people will see how positive the reception has been and will either expand those pilot projects or decide to take on pilot projects themselves,” they say.

Klassen says years ago there wouldn’t have been an opportunity to have conversations about menstruation and period poverty, and while positive steps are being taken now, there is still stigma around menstruation.

“People are fine to talk about the fact that we need toilet paper in restrooms, but are still sometimes uncomfortable talking about [the fact] that people who menstruate need menstrual products,” says Klassen.

Klassen wants post-secondary institutions in B.C. to put more effort into providing menstrual products for students. They say providing the products is not as costly as some may think since students are only on campus for a couple of hours.

“The numbers are minuscule and can be covered by the institutions. That also means it’s fairly easy for the government to cover the costs as well,” Klassen says.

United Way’s Period Promise campaign will take place from May 6 to June 3, and they will be taking donations of menstrual products or financial donations. This Is Me Period is also accepting donations.