The project could start later this year, depending on provincial and federal funding 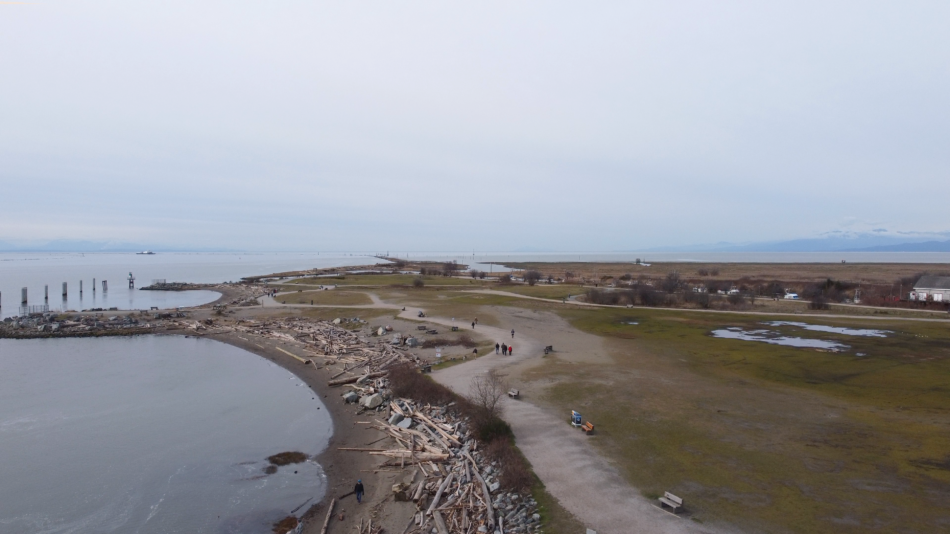 Sediment previously being dropped into the sea will soon be pumped back into the Fraser River Estuary’s Sturgeon Bank near Richmond.

The goals of the Sturgeon Bank Sediment Enhancement Pilot Project are to restore the receding marsh ecosystems within the estuary and to protect the surrounding communities at risk of flooding from rising sea levels, says Eric Balke, a conservation program specialist with Ducks Unlimited Canada.

The estuary is significant in the life cycle of salmon, who travel through the area as they transition from freshwater to saltwater, and it is also an important place for migratory birds throughout Canada, he says.

Dedicated to conserving wetlands and other natural spaces, Ducks Unlimited Canada is leading the project and has partnered with the Tsawwassen First Nation, the Raincoast Conservation Foundation, and the Lower Fraser Fisheries Alliance.

“Finding effective solutions to these shared challenges requires a collaborative effort … you need collaboration between the really key players.”

Dredging material pulled from the Fraser River, which usually gets dropped off into the Strait of Georgia, would instead be brought to Sturgeon Bank to build up mounds of sediment that would give rise to marsh habitat.

First, sand would be deposited, then on top of that, finer sediments like silt and clay would be pumped in during the flood tide.

“The incoming tides and the sand berms would act as  a corral to direct that substrate, those fine materials, toward the foreshore where we want that sediment to go, where we want marsh to grow and to be resilient,” says Balke.

On April 26, the Rivershed Society of B.C. put out a press release about the pilot project showing what the area could look like after being restored.

“We saw the potential in it, and we wanted to help amplify it. And so we want to see local and wider support for the project so that it happens,” says Justine Nelson, Rivershed Society of B.C.’s executive director.

“We thought that the best way to do that was to really visualize it through graphic rendering so that we could show the potential.”

Nelson likens these images to the renderings done for new shopping malls or condos being built, and says that it is just as important for people to be able to see what a restoration project could look like for them.

She says she is excited about how much “brainpower” is going into this project from the organizations that will be working together.

“We’re doing this because we want to see a healthy, thriving future estuary and a future Fraser watershed. We want it to be resilient, and doing it together means that, more likely, we’re going to get there,” says Nelson.

To see all of the graphic renderings done by Rivershed Society of B.C., check out their press release’s report.