Shit 'Shit Harper Did' did at Kwantlen

Creative activists turn up at Kwantlen, and other B.C. universities, to promote the online hit. 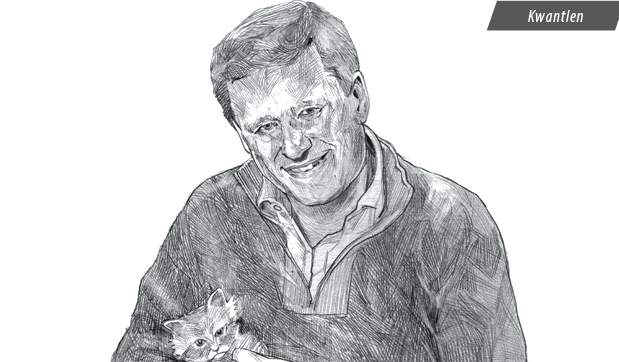 [courtesy of Shit Harper Did]

The online sensation that swept the nation during the last federal election is back. Shit Harper Did, which gained national notoriety and millions of hits 72 hours after going online with its scathing factoids and droll commentary on the Harper government, relaunched its website April 1.

To promote it, the Vancouver-based crew of creative activists toured the Lower Mainland, turning up in nearly every university in Metro Vancouver, making appearances at Capilano University, UBC, SFU, Emily Carr University of Art and Design, Douglas College, and Kwantlen.

Featuring improv troupe The Sunday Service (which was composed of comics Taz VanRassel, Ryan Beil, Kevin Lee and Caitlin Howden that night), and hosted by standup comic Graham Clark, Shit Harper Did’s March 14 appearance at Kwantlen was set to be an amazing evening — a milestone, even.

But despite all the award-winning talent – at the 2012 Canadian Comedy Awards, the Sunday Service was named Best Improv Troupe, while Graham Clark’s podcast, Stop Podcasting Yourself, was deemed Canada’s best comedy podcast — it seemed that the bigger draw that night was the free popcorn. But by the time The Sunday Service came on stage, the trickle of people coming and leaving just for free snacks petered out, and the remaining audience was in for a treat.

With every suggestion, a skit about tanning partners quickly became weirder and weirder, and eventually someone ended up having a whole car stuck in his eye while his buddy called out the absurdity of the situation. A dry, academic quote on civil war (in general) from a political science textbook became a story about John Wilkes Booth’s childhood. A creepy suggestion from an audience member became something farcical, in spite of the cast’s consternation. The Sunday Service’s brand of improv is fast-moving, surreal, and smart; their audience handling skills top-notch. Little wonder, then, that The Sunday Service won that Canadian Comedy Award for Best Improv Troupe.

Sandwiched between the evening’s comedy routines were presentations by Shit Harper Did mastermind Sean Devlin and Winnipeg-born, Vancouver-based activist Brigette DePape – best known as the “Rogue Page” who staged a one-woman protest against Stephen Harper while on duty as a Senate page. Devlin, himself a comedian and activist, has been collaborating with DePape since he contributed to her 2012 book, The Power of Youth.

Devlin and DePape’s presentations were a sharp contrast to the largely apolitical comedic interludes, though Devlin salted his bits with droll yet bleak commentary on such matters as the Conservatives’ running of political ads on the taxpayer’s dime and the ills and evils of the tar sands.

For the most part, though, DePape’s presentation set the tone for the evening. Talking about her experiences, the tone she set was inspirational; just as she overcame her apprehension to stage her protest after seeing her roommate do something similar on Parliament Hill, she sees herself as a catalyst for other aspiring young activists.

“I was and am really moved to meet so many people, a lot of people who said they had been moved by [my] action… to see classmates who had written ‘Harper’ on stop signs, to meet a young woman who told me that she organized a rally for the first time, to meet a young man who said he didn’t realize how bad Harper was until he saw [it]… since then he’s been speaking out with Idle No More,” Depape told The Runner.

Still, even the relatively apolitical humour of The Sunday Service’s routine had a political point, with Devlin using its ending to make a point about the electoral system. Much like how some of that creepy suggestion made by an audience member went unchallenged, so it is with the skeevy things governments do — unless enough people vote against it, naïve as that may sound.

Of course, Devlin would disagree with that point. Shit Harper Did exists to fight that perception, one that drives voter apathy, especially among the young. Whether it’s live events like the one on March 14, or the social network connectivity of the revamped Shit Harper Did website, Devlin hopes to unite young people against Stephen Harper in time for the 2015 federal election.

“Shit is still happening, and Harper’s the one doing it,” Devlin told The Runner. “It’s a lot of work to take people from online action to doing something in the real world …”