International, aboriginal, queer, and students of colour rep. positions will all be left unfilled next term 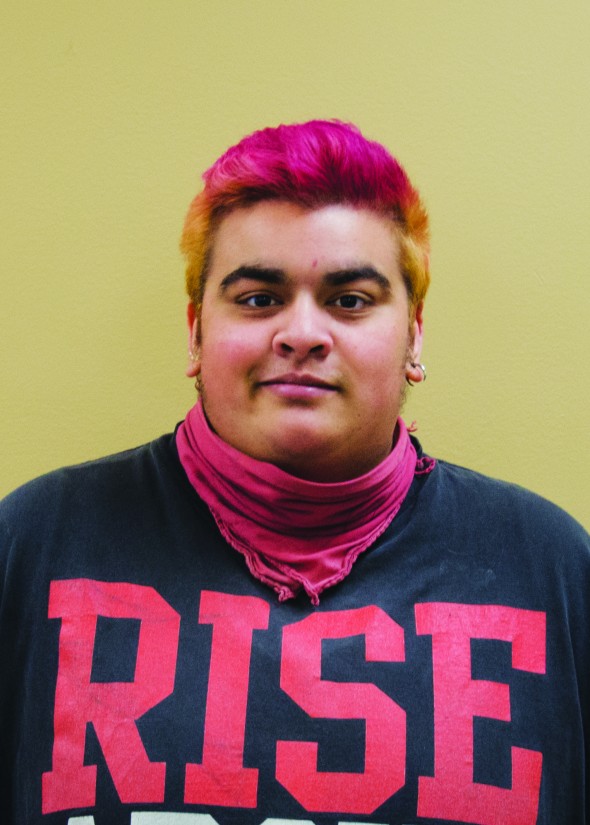 In the past several years, the Kwantlen Student Association’s constituency representative positions—meant to represent groups which traditionally face systematic barriers in accessing post-secondary education—have been left vacant with a higher frequency than the faculty or campus rep. positions.

Now, with no candidates having run in the recent KSA election for International Students, Aboriginal Students, Queer Students, or Students of Colour Representative, all four of those positions will remain empty for the coming year-long term.

“In past years, those positions were often quite competitive positions,” says KSA President and VP External Alex McGowan, who also serves on Council as an Arts Rep.. “I know some students see the faculty positions as being potentially easier competition, so they’ll go for those instead.”

McGowan believes the lack of candidates for the four vacant constituency representative positions is due in part to potential councilors “shying away” from the duties of those positions.

“Those positions have more clearly defined portfolios, and so there’s some work involved in being a facilitator of those on-campus groups,” he says. “That itself can be quite intimidating.”

“I’d say that it’s different every year with every different council,” says Justin Bige, who served as the KSA Aboriginal Students Representative over two consecutive terms, from 2014 to 2016. He believes that the variations in KSA culture from year-to-year have had an effect on how much of a say constituent reps have during council meetings.

“There’s a thing you can do—‘call a question’—and if it works, it cuts the discussion and everybody has to vote. It was used a lot in my first term from 2014 to 2015,” says Bige. “But in my second term I found that it was a little less like that, and there was a lot more encouragement of discussion, and the culture that year was more like, ‘We should talk about this until we can’t talk about it anymore.’”

Bige decided not to return for a third term.

“The amount of time that I took to organise and be a part of council kind of took away my ability to put all of my focus into my classes,” he says. “I was needing a break from serving in a leadership position, and at times it was just really difficult for my mental health. To be honest, the boardroom meeting kind of culture isn’t exactly the most positive thing if you’re dealing with any mental health issues, so I think that’s what influenced my decision in wanting to be able to make that breathing room.”

Ryot “R” Jey took the Queer Students Representative position in 2016, but resigned from it about halfway through his term.

“It was really intimidating, and stress-inducing, and anxiety-inducing for me to have to be in front of all of these people who know a lot more about how the process works than I do,” says Jey. “You don’t want to screw up, you know?”

Jey left the position in November of 2016, citing mental health concerns as the cause.

“When I sent in my resignation to Jeremy [McElroy, KSA General Manager] and the [KSA Executive Committee], Jeremy responded in saying that there are resources and options available,” says Jey. “There is counselling and peer support groups on campus. You know, the door is always open for me to come back kind of thing.”

Kayla England was the Queer Students Representative in 2015, but she also stepped down partway through her term. She ran for Mature students representative in the 2016 by-election and is running again for the 2017 term.

“With faculty reps, there’s four of you, and there’s more people to share the workload,” says England. “Whereas constituency reps, there’s one of you and you’re representing an entire portion of the KPU population—not just at one campus, but at all four. ”

Due to the low number of council members that will make up the KSA Council following this year’s election, a by-election will likely be held during the fall 2017 semester, where each of the four constituency positions now left vacant will have a chance to be filled. Until then, students identifying as either international, aboriginal, LGBTQ+, or a student of colour can submit their concerns and inquiries to the student association at vacant@kusa.ca.