A Critical Affair: The Greasy Game of Fossil Fuel Politics

Fossil fuels are a political vulnerability for the BC NDP, another reason for the party to focus on energy independence 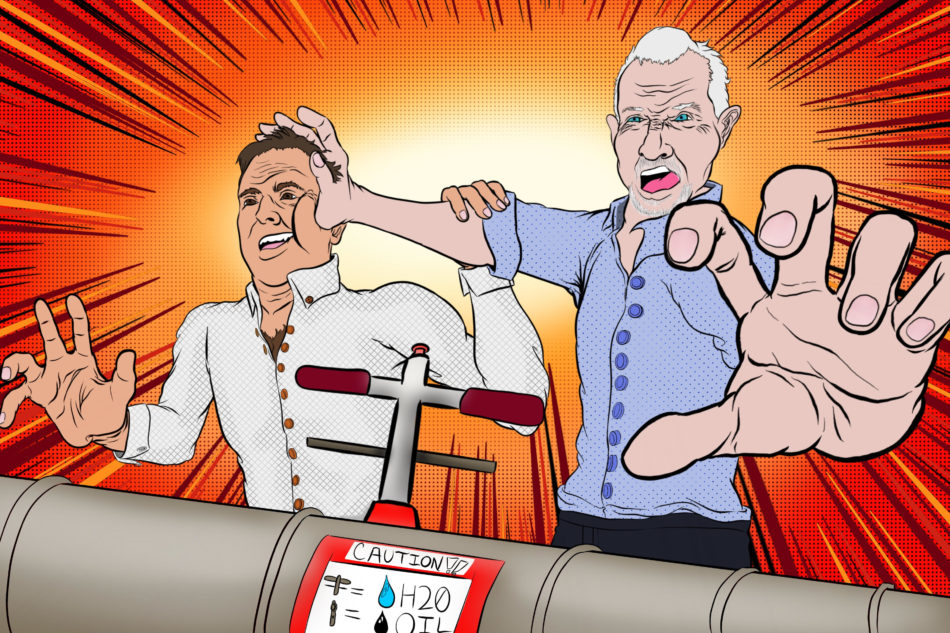 Politicians make dishonest statements all the time. It benefits them to bend or deny the truth in order to gain or consolidate power by, say, protecting wealthy and reliable donors—like we’ve seen with SNC Lavalin—or by ignoring scientific evidence and expert opinions on climate change or the price of gas.

It’s up to voters to hold them accountable for their words, actions, and decisions, and it’s up to the news media to make sure the public is informed enough to vote for whoever they believe will exercise the best leadership and serve the public good.

Not even a full month after he was elected, the CBC published an article fact-checking Jason Kenney’s claims that the B.C. government was unduly preventing the expansion of the Trans Mountain pipeline, and that this is what was causing gas prices to rise in the Lower Mainland. The article includes interviews with economists from UBC and the University of Alberta, both of whom said that this isn’t true and that the price of gas has little to do with the completion of the pipeline.

These people aren’t wizards. They’re not journalists or politicians. They’re economists—you know, the people who actually know what they’re talking about, and whose opinions I will always trust over Kenney’s kind of partisan bluster— and they are saying that there is no evidence that supports a causal relationship between the price of gas and pipeline expansions.

But for the Albertan government, established facts only seem to be inconvenient diversions from building frustration among the electorate which they can direct at an outside entity. In this case, that entity is apparently the B.C. government, and as long as the United Conservative Party is able to wield oil and gas as a political cudgel, our fossil fuel-reliant economy will always be a point of weakness for B.C.’s provincial party. Hopefully, this will further incentivize the BC NDP to transition to sustainable energy like solar and wind.

“When you’re in a game of poker, you don’t show the other folks at the table what your high card is,” Kenney told CTV on May 1. “My hope is that the British Columbia government will, frankly, listen to reason and listen to British Columbians and help us get gas prices down.”

If he plays poker the way he’s playing this game in politics, his bluffing could probably use some work.

He’s also playing a bad hand by threatening to restrict the gas export to B.C. through Bill 12—which B.C. Attorney General David Eby is already challenging in a lawsuit filed in Alberta. The consensus is that restricting trade between provinces is plainly unconstitutional, and this bill will likely be shut down without much debate.

The fact that he was making threats before his party was even voted in gives us a meaningful preview of what he’s about. Sadly, by the time the people who are on board with this idea recognize that Kenney’s threats have been empty and misleading all along, they’ll have lost interest, and the party could be blaming someone else for their failure to produce meaningful change.

Maybe in a few more years they’ll try and put an embargo on B.C. wine again. For the betterment of the province and stuff.

There has been so much squabbling and so many headaches created by this kind of political jousting over fossil fuels that it may be worthwhile for the NDP to ramp up its ambitions in developing an economy that can be more effectively supported without fossil fuels. Instead of continuing to cover up one of the party’s biggest political vulnerabilities, these problems should serve as a wake-up call that our province’s reliance on oil and gas needs to be reduced.