Nursing is Now Considered a Profession with Presumed Mental Injury 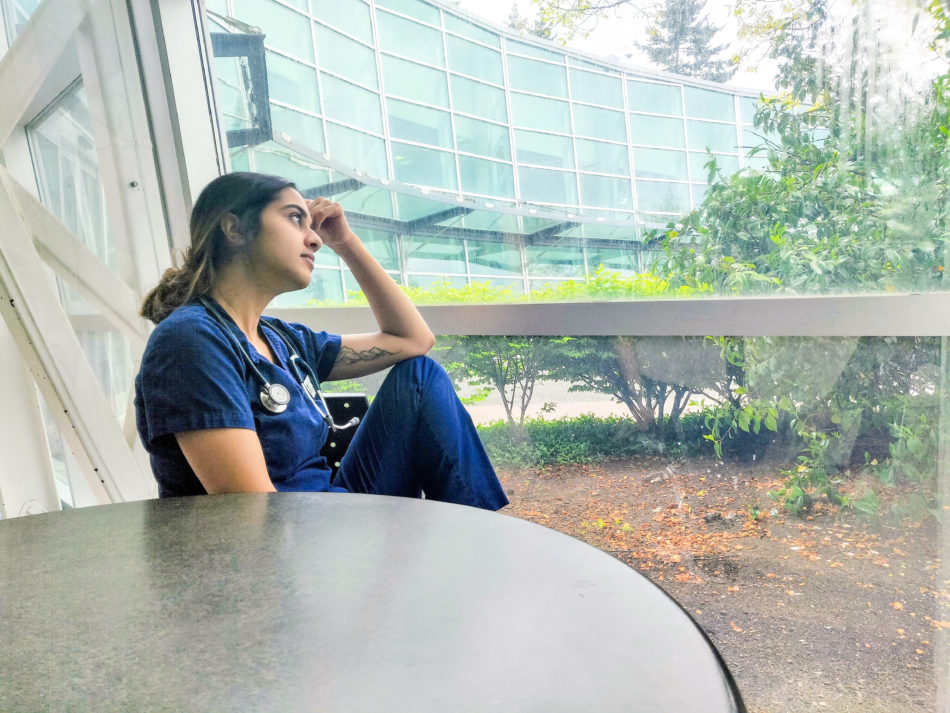 A recent article in The Star Vancouver explains that nurses in B.C. have been added to the list of occupations with a “presumption of workplace mental injury.” This means that they will more easily be able to access services and compensation for post-traumatic stress disorder and other ailments they sustain while at work.

Christine Sorensen, President of the B.C Nurses Union, says that on a day-to-day basis, nursing “is a mentally demanding profession because of what [nurses are] exposed to.” Witnessing human suffering as well as occasionally being the target of verbal and physical violence can make them “victims of their own profession.”

“More and more nurses have been coming to us and saying they are experiencing symptoms of PTSD,” Sorensen explains. “We have been lobbying that the provincial government and the Minister of Labour should recognize nurses under the PTSD presumptive legislation.”

The long process of filing their claims and repeatedly reliving traumatic experiences can make nurses’ symptoms worse, according to Sorensen.

As written in the Star, Minister of Labour Harry Bains announced a policy last year which aimed to help first responders, sheriffs, and correctional officers file for workers compensation through WorkSafeBC “without having to prove their mental injury was work-related.” Though the policy did not originally include nurses, they have since been added into the legislation.

While nurses are not usually considered first responders, Sorensen says that they are often the first to deal with medical situations that leave them “burning out and suffering.” By making sure that they have access to mental health resources of their own, they can “process and heal and return to the profession that they love.”

Upon learning about the policies put in place last month, Alisha Sian, an apprentice psychiatric nurse finishing her degree at KPU, was relieved.

“If you’re taking care of four or five patients … and one of them passes away, you have to call housekeeping, clean the bed, bag the body, and get ready for a new admission. That’s a lot in an hour,” she says. “I think with something as traumatic as what nurses experience day to day, we need that special care.”

Sian recalls doing her first preceptorship on a unit for acute elderly care, which, as she explains, came with its own set of mentally taxing hardships.

“I think as a student, I’ve probably seen the most death out of my whole cohort,” she says. “From my second semester until now, I’ve personally had to bag four bodies.”

One experience sticks with her more vividly than the rest.

“I came onto a shift one morning and I was partnered with a primary nurse. He’d noticed that one of the patient’s breathing had gotten very shallow,” she explains. “It was my duty to stay by the bedside, check for breathing, and feel for her pulse while my [primary] nurse was out making calls to the doctor.”

Minutes stretched on as Sian held the motionless patient’s hand.

“Sometimes you’ll feel their pulse, but something happens where you’ll just want to feel it so badly that you’re really just feeling your own pulse instead,” she says. “And then I noticed she stopped breathing. Her last breath gave out. I was the only person in the room. They probably wanted their family there, but it was just me.”

Although some hospitals run mindfulness and self-care workshops for nurses, Sian says she has “not come across anything formally” in terms of rehabilitation services available to them, adding that they are often left to care for themselves.

As for future improvements, Sorenson says that the B.C. Nurses Union intends on providing “a support system for nurses who are exposed to trauma,” as well as “opportunities for nurses to get counselling.”

“It’s our intention to create safe workplaces for nurses and other health care workers,” Sorenson says. “But at least now, nurses who get injured are able to get an approval through WorkSafe without having to relive their trauma.”