A Critical Affair: Wage Against the Machine 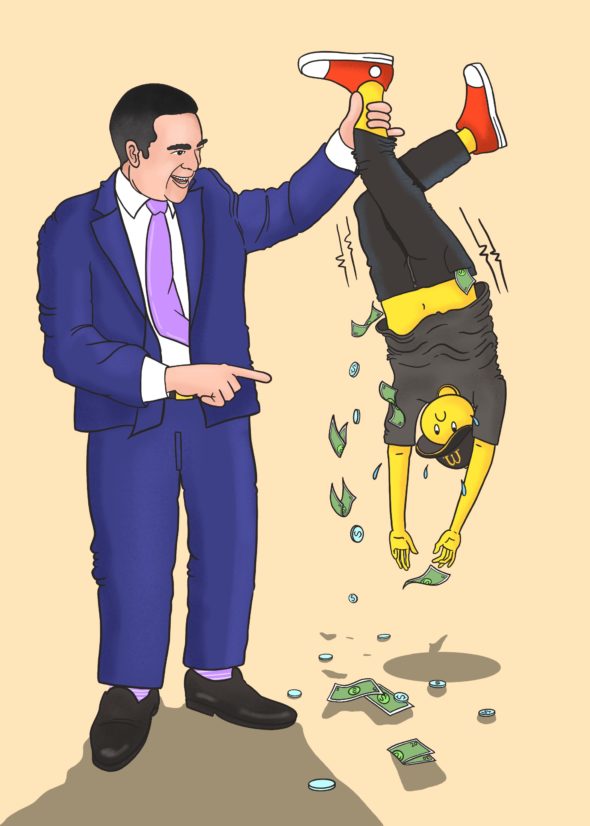 It is illegal in this country for companies to decide to pay employees less money because of their age, gender, ethnicity, orientation, or other identity-based grounds. This is enshrined in the Canadian Human Rights Act and is also addressed in the Canada Labour Code.

Responsible companies take great pains to avoid violating these rules, ostensibly because they want to respect the basic human right of being entitled to a fair wage without having to be concerned about being unjustly disadvantaged by biased employers. We are unable to change or control these aspects of our identities, and it is obviously unfair to be treated as a less valuable person because of them.

Unfortunately, our constitutional rights and the laws that protect them don’t seem to apply to government when it comes to regulating wealth distribution through policies like those guaranteeing a standard minimum wage. The Alberta Provincial Government led by Jason Kenney has chosen to exploit that.

In May, Kenney announced that the United Conservative Party planned to reduce the minimum wage for students under the age of 18 as part of the “Act to Make Alberta Open for Business.” Those who were younger than 18 would be entitled to less—would literally be valued less—than those who are older by rolling back the minimum wage from $15 to $13.

This means the government believes that equal pay for equal work is not something young workers deserve, and that paying people less because of an uncontrollable aspect of their identity is an acceptable practice.

Kenney offered a justification, saying “This is still a very generous wage—$13 an hour is a lot more than $0.”

Maybe it was just a-foot in-mouth moment, but that sounds uncomfortably close to “be grateful, at least it’s not slavery.”

Perhaps it makes sense to match wages with job experience, which younger people are less likely to have. Maybe it will protect small businesses, and increase the likelihood of minimum wage workers to find jobs. But it leans on the assumption that younger people need the money less because they can rely on their families and support structures.

Absolutely nobody, least of all the government, has the right to tell the lowest income earners in our society that they deserve less money because their financial compensation is already “generous” enough, and it’s outrageous that the government would go as far as to work that notion into economic policy. This also ignores the blatant appeal to privilege inherent in the message; an arrogant assumption that every Albertan student under the age of 18 does not have to work in order to help their family or support themselves, and that younger people aren’t concerned with saving for the future or for post-secondary education.

As for the claim that it will protect the bottom lines of small businesses, while this may be true in a few cases, it’s reasonable to argue that if your business is so precariously dependent on withholding $2 an hour from your employees, you should probably make some other adjustments to your operations first. Certainly, industries that offer minimum wage for entry pay would continue to exist, even if they’re paying a higher minimum wage to minors.

Perhaps the most cynical aspect of this policy is that it targets people who can’t vote. Like a bully who shakes other kids down for their lunch money, Kenney thinks he can get away with this because the victims have no way of fighting back. They have no choice and no systemically fair way to advocate for their own rights. They have no voice, and no say in their future. Let’s hope they remember this once they finally get the chance to cast their ballots.