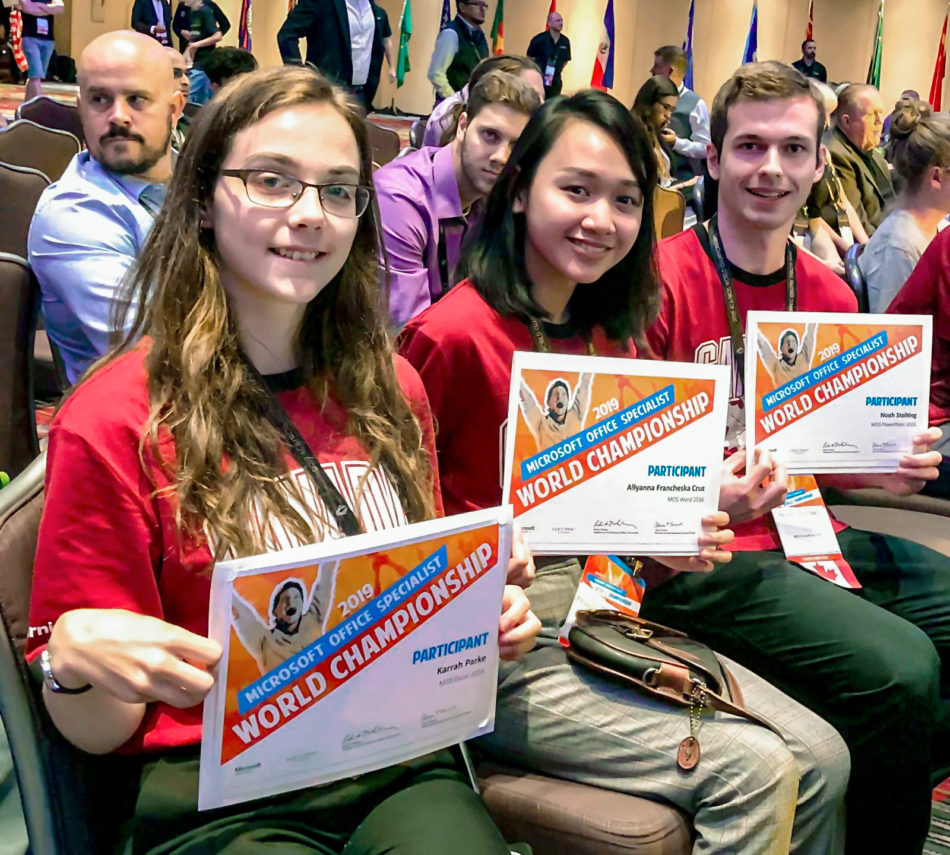 Most post-secondary students have had to use a Microsoft Office program at least once during the course of their education, either for writing papers with Word, doing presentations using PowerPoint, or completing spreadsheets with Excel. Most students probably consider themselves familiar or proficient with using the programs, and some probably even consider themselves to be skilled experts.

For the past three years, she has competed at the Microsoft Office Specialist World Championships, representing Canada alongside a handful of other teammates.

“I’m a little competitive,” she says.

“My introduction to this competition happened in high school. There was a course that was offered called ‘Microsoft Business Applications.’ Basically, it was a course to get certified in each of the Microsoft Office applications.”

She says that she became more serious about testing to qualify for the national championships in her final year of high school, so she started devoting more time to practicing her skills.

“Generally, the way to qualify to be a national champion is to be at 100 per cent accuracy, and [complete the assignment] at around four minutes, on a 50-minute test,” she says.

The Microsoft Office Specialist certifications are offered by Certiport, the company that hosts the championship competitions, and test scores are used to determine who is eligible to become national champions.

“PowerPoint is considered to be the easiest, because there’s less that you can do with it. There are less hidden options and features in the background that you have to go looking for, whereas Word and Excel have quite a lot of that,” says Parke, who placed second in the world in the PowerPoint 2016 competition last year.

There are categories for both 2013 and 2016 versions of PowerPoint, Word, and Excel, but entrants are only allowed to compete in each of the three program categories once, which means that they only get one chance to show their skills in each program per year.

This year, Parke competed in the Excel 2016 category and travelled to New York to attend the competition from July 28 to 31.

“You kind of have to have a quick mind to perform well, especially for Excel. The formulas that they ask you to do require a bit of logical reasoning, and that can sometimes take a little bit of time to figure out,” she says.

Using these resources, they then have 50 minutes to recreate the presentation, document, or workbook as accurately and quickly as they can. This year’s Excel competition involved working with pass and fail rates for drivers’ tests.

“When I left the exam room, I knew I probably didn’t place because there were discrepancies between my finished file and the instructions and the photos that they give you. But I did get to the end of the instructions and I didn’t come across anything where I was left floundering and had no idea of what it was.”

“I’m—I don’t want to say content, because obviously I wish I had placed—but I’m okay with how the exam went and with how I felt after I left,” she adds.