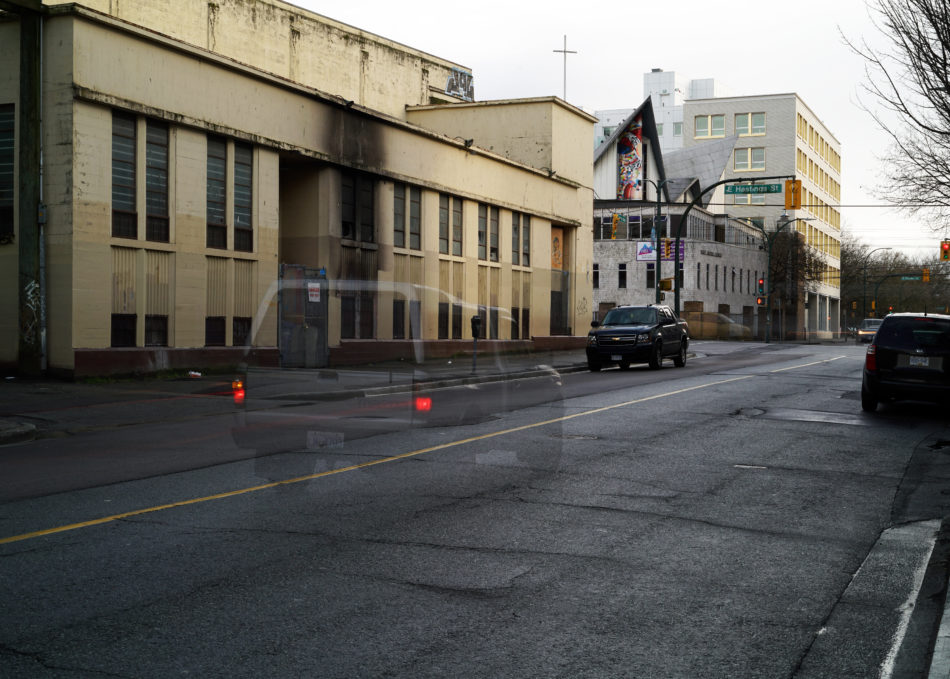 As part of the Surrey Art Gallery’s annual Arts Council of Surrey juried show, ARTS 2019 Summer Exhibition, two KPU students had a chance to share their art with the public.

Broderick created his ambulance sculpture as an assignment for his grad show. This piece was made in remembrance of his father passing away from a heart attack, and he says it is the most personal work he has made to-date.

“I felt like it might be too commercial looking … but even though it might be too pretty in the eyes of [others], it has a really deep meaning to me, and I want to put this out there,” he says.

He notes how time consuming it was to create the piece, adding that it took 3.5 months to finish. During this time, he came to school for 10 hours a day just to work on his sculpture. However, all of his hard work paid off when he walked into the gallery during opening night and saw his newly displayed piece.

“The receptionist tells me that there have been lots of compliments about my piece,” he says. “That’s still good to hear, because I want the exposure, and I want people to like it.”

The second artist from KPU, Steven Lee, was not able to make it to the opening event, but he has been to the exhibition since it opened and says he was thrilled to have his artwork displayed in the gallery.

Lee’s other piece is a digital video depicting the vast difference between East and West Vancouver, a theme noticeable in both his photo and digital video. He says he has always been concerned about the state of the Downtown Eastside of Vancouver and how citizens here might ignore or be unaware of it.

“People don’t necessarily always notice it,” he says. “We talk about the issues that are there, but how much do we know them?”

His video highlights how close East and West Vancouver are to one another, and tries to portray how different they are. Similarly, the photo he had displayed, “Faded Places” contrasted two pictures—one taken in Whistler and another taken in the east side of Vancouver.

Steven and Ryan weren’t the only ones who were happy with the exhibition. According to Assistant Curator of the Surrey Art Gallery Rhys Edwards, the opening night of the summer exhibition was packed with about 200 people and lots of positive energy.

2019’s ARTS Summer Exhibition marks 35 years of the art series’ existence. Jenny Lewis, a staff member at the Art Council of Surrey, is hopeful that more people will participate in it in the future.

“I want everyone to take part,” she says. “[No] matter your level of talent.”