Emotional success seems to be more important to those studying here than financial success, according to a recent survey 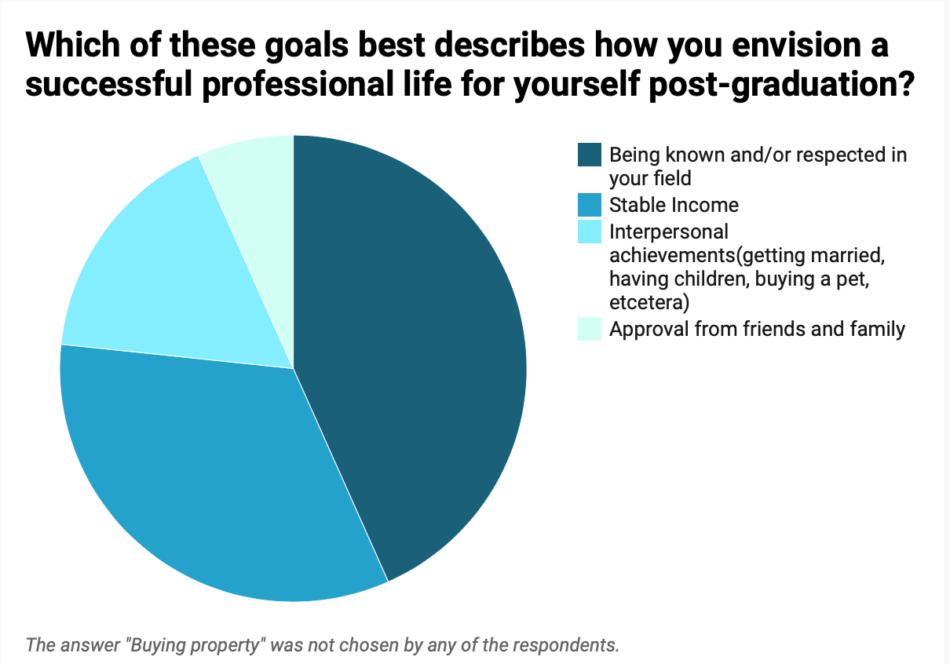 Whether it’s building a home, finding a community, helping others, or simply being good at what you do, “success” covers such a broad range of things in life that we can often become uncertain of what it means.

The Runner asked KPU students what a successful life post-graduation looks like for them. To accomplish this, we crafted a survey that asked participants to rate different types of success based on how important each was to them.

First we asked for some background information: their name, major, and year of study. The majority of survey-takers were second years and/or business students. But the really juicy questions came after:

Between money, happiness, passion, stability, and self-improvement, which word best describes how you envision a successful professional life for yourself, post-graduation?

Will you be able to support yourself by working in your field of study?

And finally, what milestone best defines post-graduate success for you?

The answers were about as varied as one would expect, and five of those students were actually unable to decide upon a single answer. However, we did discover some surprising patterns.

To begin with, the vast majority of people (70 per cent!) chose emotional success over monetary success, by picking passion or happiness rather than money and stability. 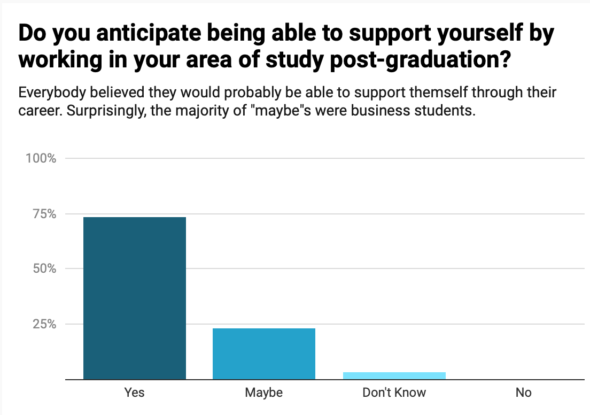 When asked about whether they would be able to support themselves, 73 per cent of students said yes, they absolutely could, while not a single person said no. Sure, it would take a supremely pessimistic or foolish person to plan on not supporting themselves whatsoever come graduation day. But the fact that only 27 per cent of students had some uncertainty on the matter was more than a bit surprising. Vancouver isn’t exactly known for being a cheap place to live, after all.

Still, as stated before, there’s no right answer in regard to what success is. The numbers on these charts may show trends of success and how we each envision it, but this survey had a small sample size, and the fact that the answers were not unanimous shows how relative the definition of the term is.

Personally? I want to help people by making something really cool; the kind of stuff that inspired us as kids to start thinking about success in the first place. But regardless of what success is to you, the most important thing to remember is that we’re all striving for something. No matter how grandiose or simple your dream is, just having a goal in mind is a success in and of itself. As long as we keep our eyes on that goal, even failure can help us reach it eventually.