KPU is Being “Shortchanged” Compared to Other B.C. Universities, Instructor Says 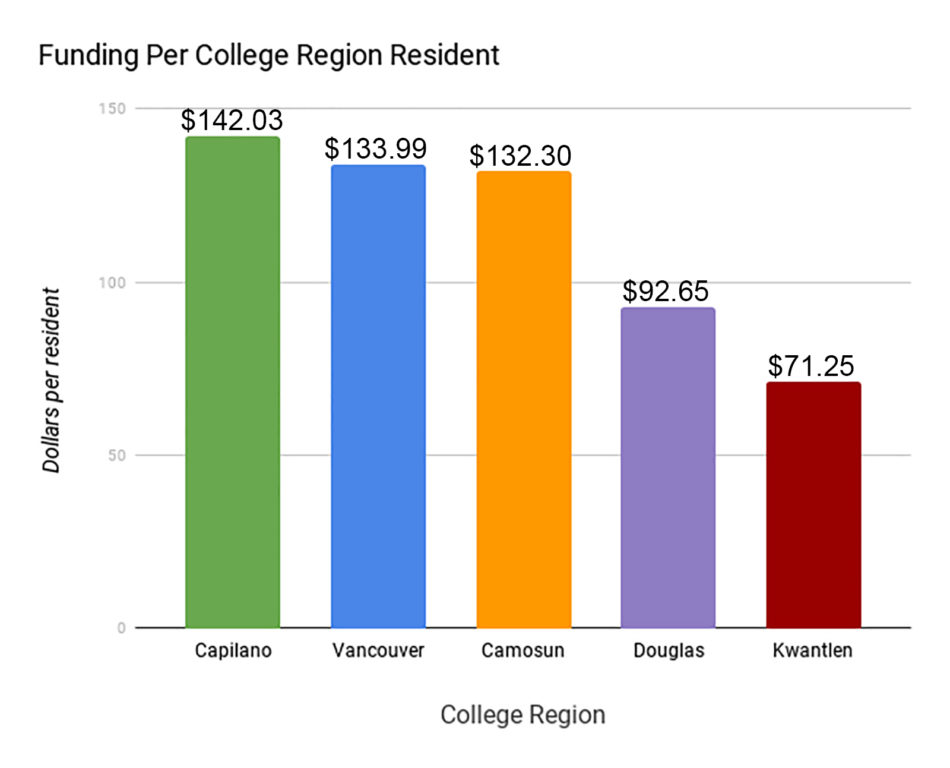 Here in the Lower Mainland, KPU offers an affordable post-secondary education compared to other schools in the province. However, while other college regions receive an average of over $100 of funding per resident, KPU receives about $72 per region resident according to a report released by KPU instructor Geoff Dean.

“We’ve been getting half of what [students] in the rest of B.C. get in terms of access to community and regional colleges and universities,” says Dean, a member of the Academic and Career Advancement faculty. “It’s just totally not fair, and no one’s done a bloody thing about it.”

According to Dean, “the South Fraser Community has been screwed for decades” in terms of the educational funding. He suggests that people living or going to school here look at the census data on how many people live in each region with the Ministry of Advanced Education’s annual report on how many dollars they give to each regional college and university—as well as the number of full-time students they’re expected to serve.

Dean says that such funding discrepancies are “typical” in terms of “the way the province has treated those of us who aren’t on the north side of the Fraser near Vancouver, where there are more resources and services, since at least 1985.”

KPU has yet to verify the accuracy of Dean’s data, and in an email response KPU President and Vice Chancellor Alan Davis wrote that, “Kwantlen Polytechnic University is grateful to the provincial government for the funding it receives. The university would welcome opportunities to provide more seats south of the Fraser for students wanting to pursue high quality post-secondary education.”

Dean suggests reaching out to MLAs to bring attention to this issue.

“It’s their job to represent our region, and they haven’t,” he says, referring to politicians who have vocally supported the issue.

“But when their parties were in power, they didn’t do anything about it either. That’s what’s really irritating to me and the Surrey Board of Trade.”

The Surrey Board of Trade, an organization responsible for developing Surrey’s economy, has a vested interest in gaining more funding per student at KPU.

Dean says that additional funding could improve the lives of Surrey residents by increasing the literacy rates of British Columbians without access to affordable education, which is a market he believes KPU could better serve if it had more adequate funding per student.

“This would create a wider population of potential employees ready to join the workforce,” he says.

“That’s what’s really troubling me. It’s a long process that has gone nowhere so far.”