Canadian Elections Are Open to Security Risks, But Not Like the U.S. 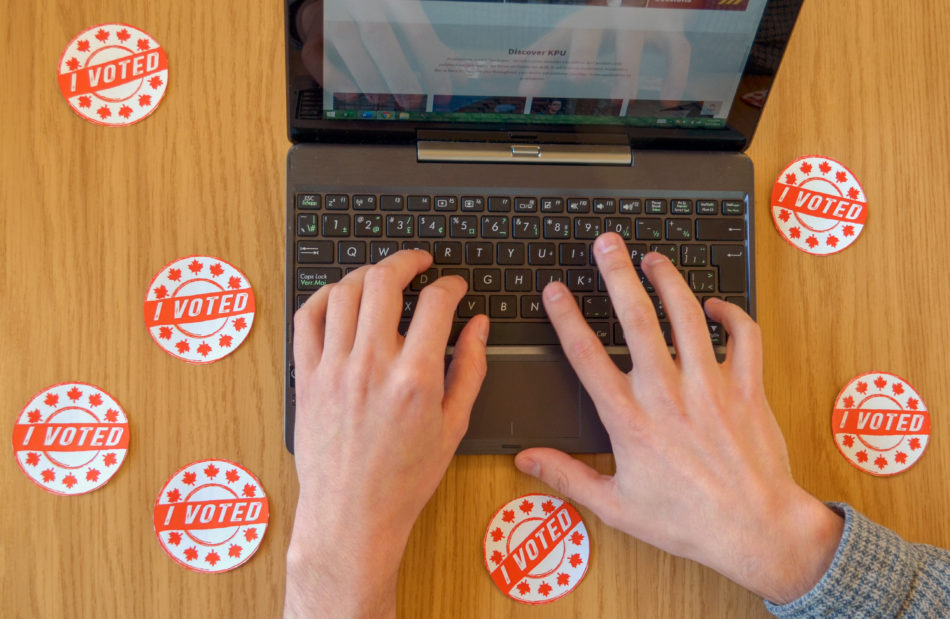 The Canadian federal election, despite taking place on paper and pencil, is not immune to online meddling from other countries. (Kristen Frier)

Canadians like to look to our Southern neighbours and reassure ourselves, “At least it’s not as bad as what the Americans have to deal with.” We do it with racism, healthcare, firearms—you name it. However, most problems the Americans have, we also have, though arguably to a lesser degree. The same goes for our elections’ vulnerability to foreign interference.

Canada has a single federal electoral commission while the U.S. hands over the responsibility to states, some of which use electronic voting machines. As such, Canadians can rest assured that, just like last time, there will be no voting machines vulnerable to interference, just graphite and dead trees.

While this is good news, we are still open to other avenues of foreign meddling. In the United States, Russia targeted psychological filter bubbles on social media to widen the political divide on both sides, even once starting a protest and the corresponding counter-protest at the same time over Facebook. This is of course a classic Russian tactic. They’re known for selling weapons to both sides in a conflict, as recently as with Azerbaijan and Armenia.

However, Canadian political parties are already somewhat inflexible. The Liberals, among them Chrystia Freeland who is banned from Russia, are unambiguous on their view of the situation in the Ukraine. It’s unsurprising, then, that she has been on the receiving end of an online smear campaign. The previous Conservative government under Stephen Harper was also hostile to the Russians. Harper himself even led the movement to get Putin kicked out of G8 meetings, turning it into the G7.

You may remember last year when Canada and Saudi Arabia got into a spat, mostly around Freeland being supportive of human rights in the region and around their efforts to move away from supplying the country with weapons.

Many in the news media are attempting to make a large issue out of fake news. While fake news is absolutely a threat worth keeping an eye on, the fear of it is mostly overblown. The government has also taken measures when it comes to regulating social media, such as with the Elections Modernization Act.

Foreign interference in Canada has so far taken different forms, and it’s not as clear cut as trying to get a specific party into Parliament. One of the more visible situations has been with Huawei CFO Meng Wanzhou, who was arrested in Vancouver several months ago in accordance with our extradition treaty with the United States. More recent events such as the protracted protests in Hong Kong have led to massive spikes in China-affiliated Twitter activity advocating the government’s perspective.

Furthermore, the Communications Security Establishment believes that foreign governments may be attempting to influence elections by targeting immigrant communities. There are also murmurings of attempts to hack into political parties, possibly to find compromising material to use against them. This is what took place with the Democratic Party in the United States when a staff email was phished, leading to the release of the DNC emails.

All of this is to say that, while many countries and states seek to influence Canada to their advantage in a way that concerns our government agencies, interference here will not be comparable to what has been seen in the United States. Still, as always, be skeptical of the unknown links and memes that you see, and always ask to see sources.