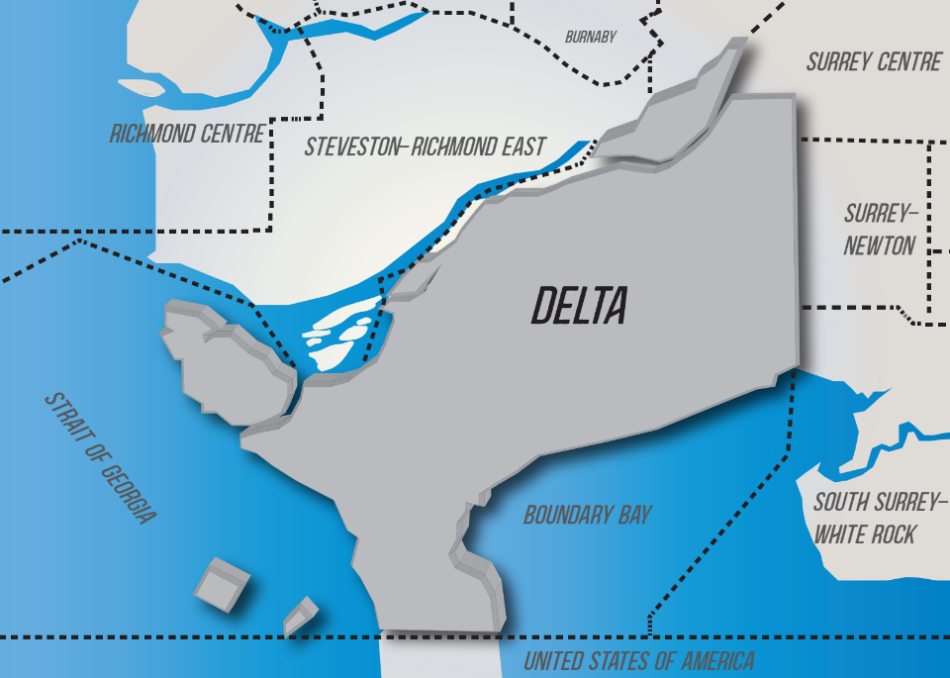 “As a mother of two university students—we have four, but two are university age—I sympathise with students,” she says.

She adds she’s particularly excited about the Liberal Party’s plan to allow new parents to start paying off student debt when their youngest child turns five.

“It will allow for young parents who are trying to start families to focus on their family and relieve some stress,” says Qualtrough.

She was Minister of Sport and Persons with Disabilities and is the Minister of Public Services and Procurement and Accessibility as well,

“Every life experience that I’ve had so far contributes to this,” she says, on why she feels she deserved to be elected into her second term as an MP for Delta.

Randy Anderson-Fennell is from Clinton and currently lives in Ladner. He is an electrician for the Surrey School District and became an apprentice electrician in the B.C. interior at 19 years old. He is an active member in his union and an advocate for the skilled trades.

“A vote for me is a vote for working people,” he says.

In agreement with his party, Anderson-Fennell believes that students “shouldn’t end up in debt.” To achieve its goal of providing a free education system, the party wants to significantly increase student grants and abolish interest on student loans.

“There are five provinces that have already done that,” says Anderson-Fennell. “We want to make sure that is accessible to all Canadians.”

He says they are also planning on creating 500,00 units of quality, affordable housing in the next 10 years. Half of that is to be completed during the first five years.

“I represent everything that the Green Party wants to do,” says DeCraene.

He is relatively new to politics but is passionate about protecting the environment.

In Delta, “we are right at the shore,” as described by DeCraene.

“If the sea rises, [Ladner and Tsawassen] will be underwater,” he says.

The Green Party wants to increase funding to public transit south of the Fraser River, partially in hopes of encouraging more people to take advantage of it.

“We have $10 billion to spend on alleviating student debt,” says DeCraene, emphasizing that the party plans to waive any new student debt and reduce any old debt “down to $10,000.”

Tanya Corbet is a former Tsawwassen First Nation councillor, a member of Delta Hospital and Community Health Foundation Board of Directors, a member of the Reach Child and Youth Development Society Advisory Board, and a council M member for the BC Capacity Initiative Council. She was also Vice Chair to the KPU Board of Governors and a director of the Reach Foundation.

She has a Public Relations Associate Certificate from BCIT and studied at the University of Northern BC.

Corbet did not respond to interview requests from The Runner.