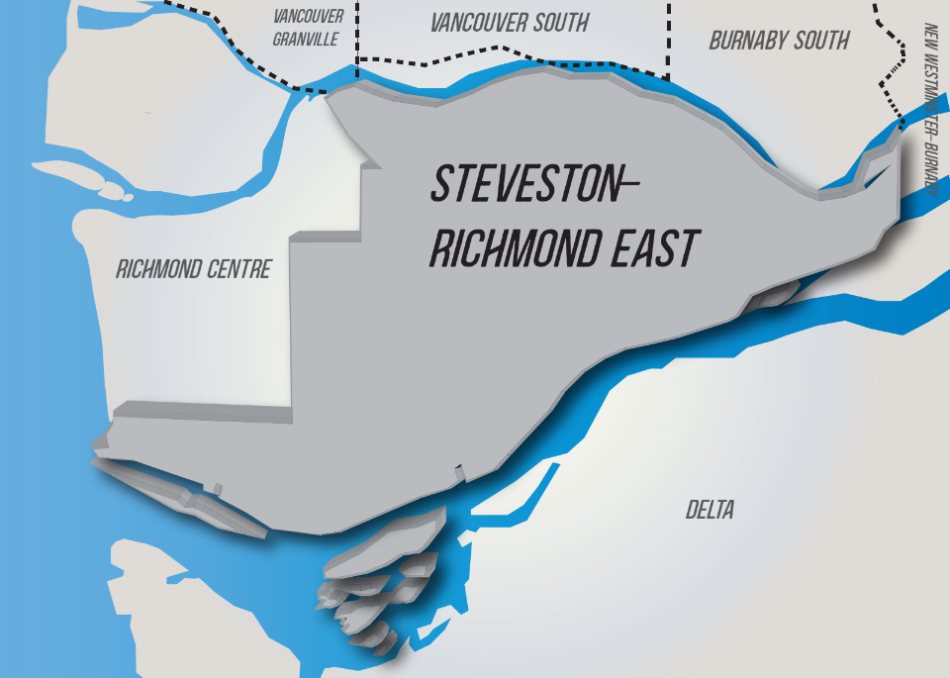 Peschisolido is the founder of his own law firm, Peschisolido & Company, and served on the board of Bing Han Enterprises. He was first elected in 2000 as an MP of the Alliance party, and has been the incumbent Liberal MP since 2015.

He says he wants to work with the  Port Metro Vancouver organization to support economic development and diversification.

Peschisolido also wants to address birth tourism, which he considers to be an exploitative practice which takes advantage of the healthcare and immigration system, and says we should be striving to create a carbon-free economy in Canada.

For students, he says that the Liberal party has “increased the time that it would take for individuals to start paying back their student loans.”

“I believe a Scheer government would be a government of cuts and austerity. I think we need to invest and grow the economy, and transition to a low and no-carbon economy,” he says.

Chiu is a software developer, recent radio co-host on Fairchild, and a former Richmond school trustee. During his time in the latter position, he advocated for an increase in the school construction fund.

“I met with many constituents here, and one common theme has been that the cost of living has been increasing and getting worse,” he says.

He wants to reduce taxes, and strengthen the Financial Transactions and Reports Analysis Centre of Canada—the federal agency that works to prevent money laundering, because he considers money laundering to be a major factor in housing unaffordability, and would like to set up a formal inquiry in Canada. Chiu feels the universal tax credit proposal will disproportionately benefit low-income Canadians.

He also says the George Massey tunnel should be replaced with a tunnel or bridge.

Chiu fears that Canada has become an “education factory,” and worries about Canadian students being getting jobs in the U.S. and overseas rather than at home.

Dela Torre is the youngest candidate in the riding, and is currently a second-year political science student at KPU.

He would like to set up a non-partisan committee of high school students to increase political and community engagement. He also wants to see farm land in Richmond protected, noting the debate on agricultural land reserves during the last municipal election.

“We need to ensure that we have sustainable, healthy farming land, not just for now but for the later years on,” he says.

Dela Torre says that students are part of a generation whose planet is dying,” and that he wants to “stand up and not let [previous generations] bad decisions affect our future.”

He considers the Trans Mountain pipeline to be an “absurd project” that contributes to climate change and violates Indigenous rights, and says he would vote to cancel it immediately if elected.

As a student, he “knows tuition can be a very emotional issue,” and wants to “lobby as much as [he] can.” Part of these efforts could be setting up a non-partisan, cross-party committee to study the implementation of a free tuition plan, starting with providing interest-free student loans.

Iaci is a lawyer who specialises in Indigenous and environmental law. She is a member of the Kwantlen First Nation through her maternal family.

“It’s an important part of my life and its part of why I’m running,” she says.” I think there should be more Indigenous representatives in Parliament.”

She has also worked for the KFN in its land and resources department and business.

“Climate change is obviously huge. Affordability is also huge,” she says, adding that the cost of education is also a significant concern.

“I was born in Richmond, raised here, went to high school here, and I still live in the riding,” she says.

She also notes that she’s the only woman and the only Indigenous person on the riding’s ballot.