Why the Conservatives Won Where You’d Expect but Nowhere Else

Having the popular vote is not enough; it’s time for the CPC to rethink its strategy 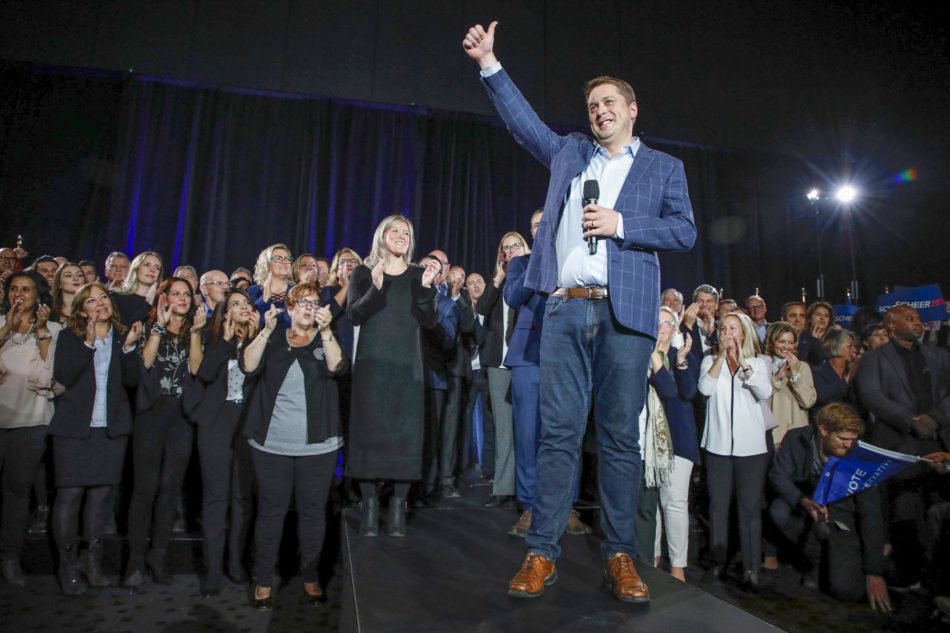 The current leader of the Conservative Party is Andrew Scheer. (Flickr/AndrewScheer)

Even though the Conservatives won more popular votes than any other party, the nature of our electoral system ensured that they wouldn’t have the most seats. If they had made a few key choices, they could have had even more.

I have been reading posts by many NDP-voting friends on my social media feeds, and it’s fair to say that many of them weren’t expecting a collapse of the party’s support. However it needs to be said that there were specific conditions in 2011 that allowed both the NDP to get official opposition, and for the Conservatives to form a majority government.

One of the biggest factors at the time was a Liberal party at its weakest in history. Michael Ignatieff didn’t appear to be a very confident leader — the complete opposite of Jack Layton — who said, “You don’t get a promotion if you don’t show up to work,” during the debates, absolutely destroying his competition.

So that’s point one. The Conservatives require a weak Liberal party and a powerful NDP party to have a realistic chance of forming a majority government, and Canada remains, in a global context, a left-leaning country.

The next factor is that the Conservatives were primarily successful in places where everyone would expect them to be successful: Oil country. The problem is that they weren’t able to break through to other areas. Metro Vancouver gave them middling results, and the electoral areas around Toronto and Montreal are no more blue than before.

The campaign would have you believe otherwise, but the Conservative party is not full of people like Andrew Scheer and Brad Trost. This year’s first-time voters may be surprised to learn that the Conservative Party of today isn’t the same as it has been in the past. This rendition used to be two separate parties, the Progressive Conservatives and Alliance, and if you look at individual MPs, this division still exists.

There’s a type of Conservative who can appeal to a swing voter like me, as well as those in cities and areas outside of the Prairies. There are members of the Conservative Party who believe that climate change requires government intervention, such as MPs like Michael Chong, who have been endorsed by GreenPAC and support carbon taxes. There are also “red Tories” such as Lisa Raitt, who unfortunately lost her riding in Ontario last week. I remember covering Raitt during the leadership election in 2017, when she argued that certain Liberal positions, such as marijuana legalization, were a sign that they needed to adapt to the times.

I also asked my dad, a small business owner and a swing voter, why he didn’t vote Conservative, and he told me he was in opposition to “anything even remotely similar to Donald Trump.” He and many other voters were likely turned off by the negative campaigning, dishonesty, and attack ads, and didn’t feel like they were hearing enough about what their actual platform was, which didn’t get released until some had already voted early. This is especially depressing considering they had four years to figure out what they would do better and differently than the Liberals.

Compared to Scheer, Harper was far better at keeping down the socially conservative aspects of his party, and it was helpful that he was known for being a micromanaging leader. This contrasts with Andrew Scheer, who has a very difficult time managing the two wings. Pundits are already claiming that his leadership is at risk, especially in urban areas.

If the Conservatives wish to succeed in future elections, they need to learn management tips from Harper while also moving their party back towards its more progressive roots. Social conservatism and weak environmental messaging puts a hard ceiling on the maximum support they can expect, especially with millennials becoming the largest voting bloc.

And, for god’s sake, let Michael Chong take the reigns.