A Critical Affair: Elizabeth May Chose a Good Time to Step Down 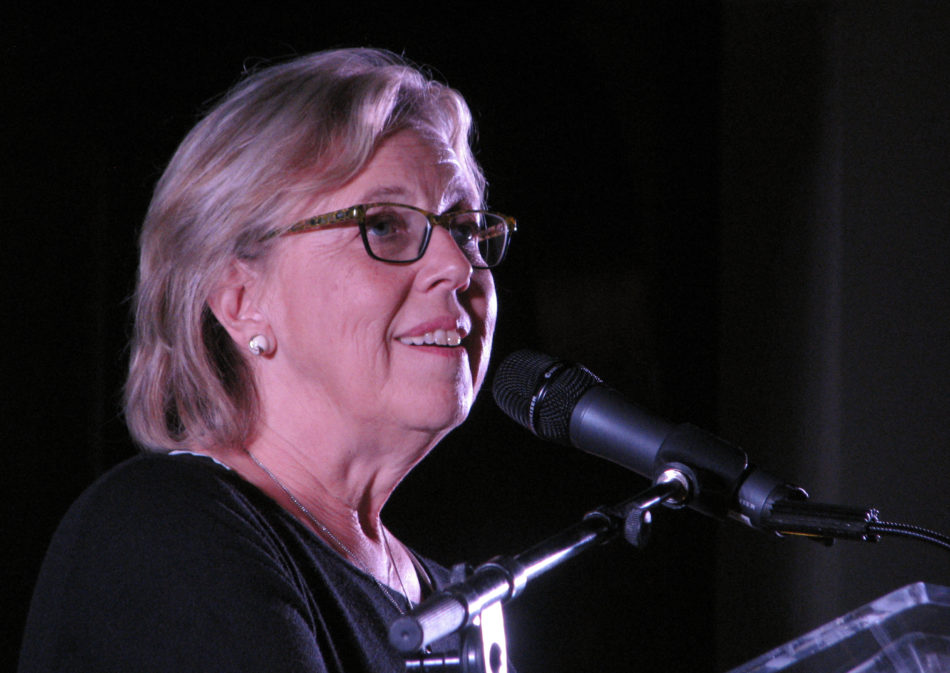 Elizabeth May has stepped down as leader of the Green Party of Canada. (flickr/ Laurel L. Russwurm)

After 13 years of being the leader of the Green Party of Canada, Elizabeth May announced she would be stepping down from the role. She maintains that she wants to keep a very active role in the party as the MP for the Saanich-Gulf Islands riding, and she wants to stay on as the party’s parliamentary caucus leader, but hopes to be able to spend more time with her family.

Former Deputy Leader Jo-Ann Roberts will be the GPC interim leader until October 2020, when the new leader will be chosen by the party.0

There’s a bit to unpack here about the timing of this decision. For instance, if she was really motivated to spend more time with her family, why didn’t she step down sooner? The GPC gained a third seat during the election, which is the most they have ever had historically (admittedly, that isn’t saying much), so why did she continue to campaign throughout the election only to relinquish her role after securing a relatively successful performance for the party?

My guess is that she made this decision quite some time ago but stayed on the job in order to lend the party her popularity as a well-known public figurehead as well as her extended experience and knowledge of election campaigning.

May says that the GPC garnered over one million votes across the country for the first time ever, having made gains mostly due to emerging fears about climate change and the other parties’ inadequacy of addressing it. Proportionally, this would translate to eight or nine seats in Parliament if it weren’t for Canada’s first-past-the-post electoral system — a bane for smaller parties with thinner widespread support like the Greens and NDP and a blessing for smaller parties with concentrated regional support like the Bloc.

It’s an opportune time for her to step down so that her leadership legacy can end on a slightly high note. And her leadership was opportune for a party which needed her guidance and popularity to do well in the election.

If May wasn’t the leader of the party during the election, I’d wager it would have done a lot worse based on the fact that her face and persona seems to be synonymous with the entire party itself. Her image was so important to the party that it doctored a photo of her holding a cup and straw to include more sustainable materials as a means of reinforcing her iconicism as a person who embodies the principles of environmental sustainability. It probably wouldn’t have done that with other party members, and if it had, nobody would care.

The fact that nobody else in the party is really well known is another problem the Greens need to contend with. It’s a problem that May can’t really help solve despite trying to build publicity for other members, which is likely to continue into next October’s leadership race.

May did what she could for her party in this election and was still met with the ceiling of FPTP, a systemic barrier for the GPC that she could not overcome by herself. It’s time for others in the party to step up and do some of the heavy lifting of campaigning and presenting a face to the public.

In the meantime, May might actually have some more personal time to spend with her family, which is a nice thought. She’s earned it.