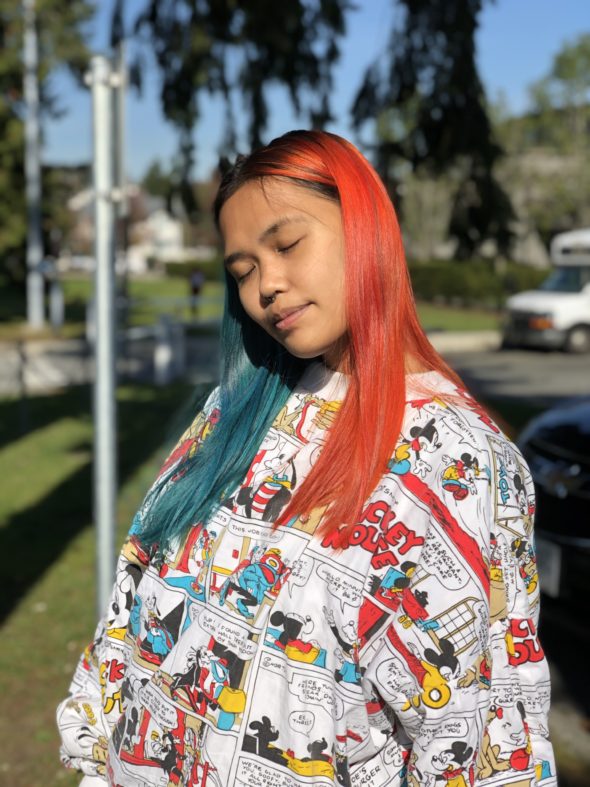 Formerly known as Slamapalooza, Kwantlen Poetry Project aims to remove harmful competition and replace it with a safe space for sharing truth and honouring stories.

KPU’s poetry team recently returned from the Canadian Festival of Spoken Word inspired to change their name, structure, and focus on competition.

Upon returning from CFSW, Kwantlen Poetry Project organizer Chelsea Franz posted an open letter to the community on the group’s Facebook page. She wrote about how the group would be adopting a new name and changing how events are structured.

“The time we spent [at CFSW] was basically just absorbing everyone else’s art and trauma for 15-hour days and it was a lot,” says Ivy Edad, a member of Kwantlen Poetry Project, about how the decision to cut down on the competitive aspect of poetry slams came about. She believes that Kwantlen Poetry Project is Franz’s way of bringing personal growth and mentorship back to poetry, and hopes that getting rid of the competitive element will help the team members, and all poets, grow.

Franz says the structural change involves “recentering how we come to poetry and how we approach sharing our stories.”

She recognizes that using Kwantlen in the name ties the group to the school and to the land and that it “honours where [they] are conducting the work.”

The decision to step away from the name “Slamapalooza” came from the desire to stop using the word “slam” as a self-identifier. Slam poetry, or competitive spoken word, was originally how the group performed, but they are working to move on.

Franz says the name change felt natural. However, the poetry group had been known as Slamapalooza since its inception years ago, so a name and structure change was a big move for the team to make.

The group will not be moving away from competition altogether and will be experimenting with its structure for the remainder of 2019.

“Though the competition has been really harmful in so many aspects, it does still hold some value,” says Franz.

She says she wants the group to “move away from centering on competition while still having competition.”

For example, one change she tried out is a different way of judging the competition. Traditionally, judges are randomly selected from the audience. At their most recent competition, poets voted for who they wanted to proceed, which Franz sees as more fair than another method which has audience members use numbers to determine poets’ scores, even if they have no prior knowledge of poetry.

She will be consulting locally and nationally with other poets and creatives on effective ways to judge art.

The group hopes that, with these changes in place, more people will feel welcome to join them. Both Edad and Franz recognize that it can be intimidating to perform with or against the team, but they hope to create a positive and accepting environment. Franz wants to encourage pressure-free open-mic performances and to prioritize learning and mentorship for new poets.

“No one is better than anyone else. We’re all just making art and trying to tell our stories,” says Edad. “We always seek to welcome new people into our community.”