Latincouver Hosts a Night of International Rhythm in Vancouver 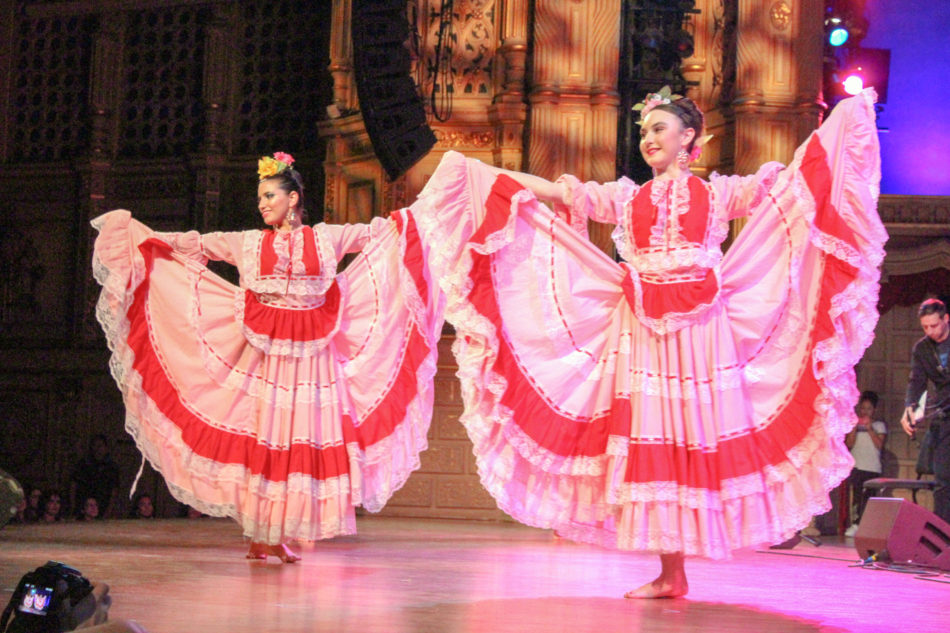 Latincouver spiced up the streets of downtown Vancouver with its Afro-Latin Mix Night at the Orpheum Theatre on Nov. 14.

Latincouver is a not-for-profit organization that brings together both Latin Americans and Latin culture enthusiasts living in B.C. The organization decided to organize the multicultural celebration for Latin American Heritage Month, which is held throughout the month of October.

They brought together Afro-Latin American musicians from Brazil, Colombia, Cuba, and Peru, along with dance performances that represented each country.

Paola Murillo is the Founder and Executive Director of Latincouver, and originally comes from Bogotá, Colombia. She says that the event allows people — particularly students — to understand each other and avoid seeing or internalising racist stereotypes.

“We work really close with different universities … because we want to give them the Latino American experience,” she says.

The theatre was glowing with rhythm and traditional music from several bands. One of the bands representing Brazil was Brejera, which plays many genres of Brazilian music such as Choro, Forro, Samba, Pagode and many more. During the event, Brejera specifically showcased the beautiful sounds of the Afro rhythms of Brazil.

The band representing Colombia was Breaking Boundaries, which played Cumbia, a folkloric genre and dance inspired by African, Indigenous and European culture.

Along with singing, Breaking Boundaries also had a dance performance featuring their colourful national dress worn by women called “La Pollera Colora.” This can be translated as “brightly coloured skirt.”

Hippolyta Oliveira, an attendee from Brazil, says that universities should talk about the diversity and the culture of Latin America, especially the difference between Portuguese and the Spanish colonization, more often. She also expressed her appreciation for the event that evening.

“It’s always good to hear some music and to see some dances,” she says.

Representing Peru was the band PeruVan, whose members sang Afro-Peruvian rhythms and used instruments like the cajón, which is a is a box-shaped percussion instrument originally from Peru. The instrument is played by slapping the front or back of the box.

“It’s an opportunity for all of us to come together from all Latin American countries and show our talent, show our culture. I love it,” says Alexandra Salvador, a Peruvian singer from the band PeruVan.

The Cuban band, Kutapira, performed songs that represented their Afro-Cuban routes. The band is made up of five core members who switch seamlessly from instrument to instrument while on stage.

Through events like these, Murillo says she wants people to feel what it is like to be Latin American while living or staying in Canada. She also says that attendees don’t have to be of Latin descent to be part of Latincouver.

The Afro-Latin Mix Night also featured various dance performances by Grupo America. The group specializes in a variety of dances from every part of Latin America and won the 2007, 2008, 2012, and 2013 Cuban Salsa World Championships in Miami. Grupo America has played over 2,000 international shows.

Their performance bedazzled the stage with routines from Brazil, Colombia, Peru, and Cuba. Each dance was different, and their outfits changed according to the country they were representing.

Celso Machado, a Brazilian multi-instrumentalist and composer, made a special appearance as well, mimicking bird noises with his voice and making rattle snake sounds with wooden instruments.

“I really hope that more students connect with Latincouver. We look forward to [having] people [volunteering]. We are here to support,” says Murillo.

She adds that Latincouver has a lot of volunteer programs and internships that can help students make new connections and that the organization would love to work with KPU. Their office is located in Gastown, and they can be contacted their website at latincouver.ca.