Comic Books Reflect Society More Than They Affect It 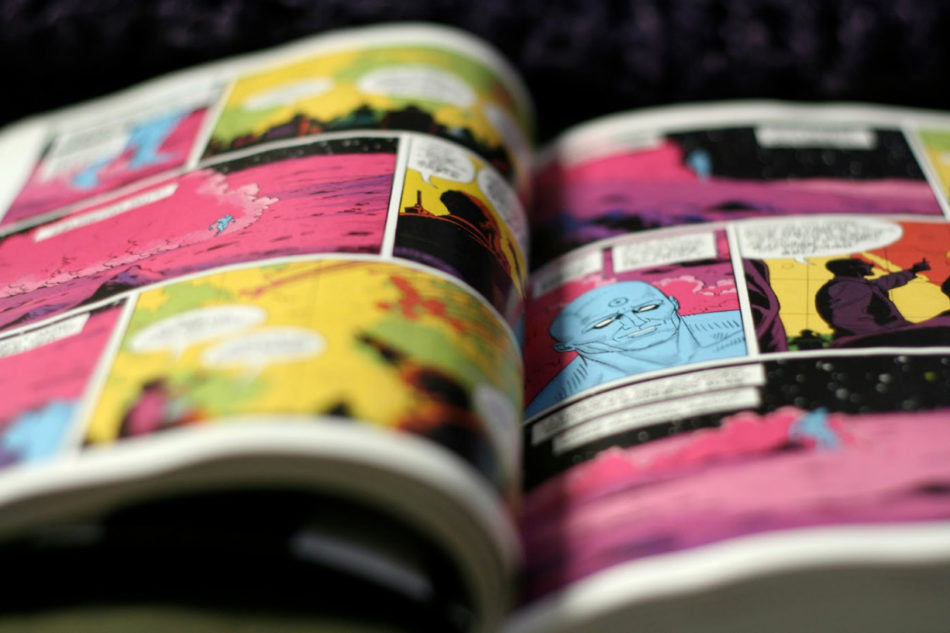 “I think the impact of superheroes on popular culture is both tremendously embarrassing and not a little worrying,” says Alan Moore, creator of Watchmen. (Flickr/ Ginny)

I have a deep love of comic books. My preferred variety of graphic novel is manga, but both of these mediums for storytelling have a special place in my heart. The detail put into each panel, the movement of the characters, the witty dialogue, the love and care put into even the smallest features in a setting — I love it all.

Imagine my surprise when Alan Moore, creator of one of the greatest and most beloved comics of all time, Watchmen, said in an interview, “I think the impact of superheroes on popular culture is both tremendously embarrassing and not a little worrying.”

Here, he dismisses the positive impact and influence that comic books have had on society. He also went on to claim that “superheroes are ‘perfectly suited’ for children and their scale of imagination.”

I disagree with Moore’s take on comic books and superheroes. Sure, some comic books can be easily dismissed as cheap, hokey sources of entertainment — and I know of several titles that indulge in excessiveness to the point that they are merely shock value pages stapled together to form a crude “book” — but calling all comics and superheroes kid’s entertainment is a huge misstep.

Moore, whose own art style and method of storytelling are the epitome of grittiness, seems almost misguided in his words. He’s implying that even hyper violent comics like V for Vendetta could be enjoyed by kids.

There has been debate about how superheroes and supervillains affect society. One article from the Akron Beacon Journal describes a time in 1954 when comic books that dealt with horror, crime, and sexual content were deemed “immoral,” and were thought to cause children to become delinquents.

The thing is, comic books do not affect society so much as they reflect society. One such comic book that I currently have is called The Outside Circle. A gritty tale of a young Indigenous man’s road to recovery and an insightful look at how Indigenous Canadians are treated — it stands as one of the most impactful comics I’ve read.

Superhero films also come under scrutiny, with this year’s The Joker standing as a prime example.

When it was released, The Joker was viewed by some as “a prime inlook at an incel’s mind.” This outlook fails to acknowledge the layers of context within the film.

Arthur Fleck, the man who becomes the Joker, is frequently abused on the street and suffers from mental illness. The city he lives in doesn’t put in the effort to help him get the support he needs.

Arthur becomes the Joker because society rejects him. People were afraid of cinema shootings where Joker was shown because of the connections it drew between mental health and violence, yet movies like John Wick have cataclysmic levels of gun violence in them, and nothing happened at the theatres where they were screened.

This brings to mind a quote: “Absence of harm does not mean presence of good.” Just because you censor and criticize comic books, doesn’t mean that you will stop violence and crime from occurring in the world, and it doesn’t mean that our moral values are simplified or compromised.