Don’t Let the Winter Blues Stop You From Staying Fit 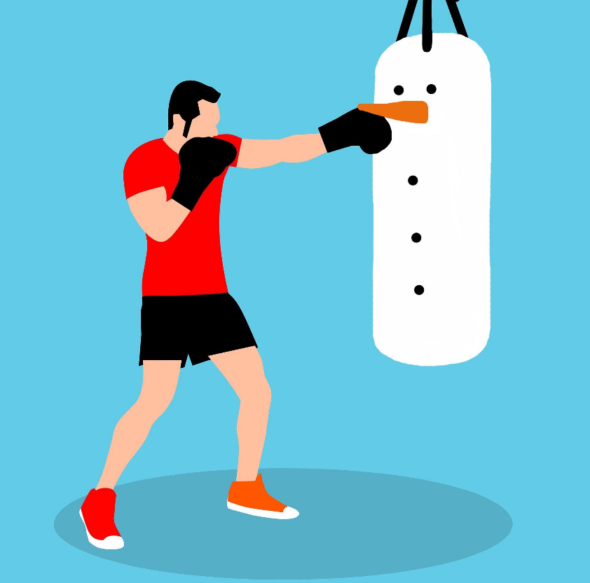 Nature seems to bestow every human being with an extra few pounds when winter comes. This could be a means of staving off the cold, sure, but don’t let that stop you from hitting the gym or practicing cardio over the break. You might find it’s more fun to run for a few minutes on a treadmill than worrying about your traction on slippery, icy sidewalks or catching hypothermia in the miserable cold.

It sounds clichéd, but that won’t stop me from saying it: Exercise is important. I know, I know — your parents go on about “getting off the couch,” health experts highlight its importance, and your gym-buddies tell you endlessly about how you should put down the vape and pick up that protein shake. It can be annoying, but you should listen to them.

I was once skeptical of taking exercise classes, so imagine my surprise when I found myself signing up for kickboxing lessons provided by the KPU fitness center. Around that time, I had just developed in interest in boxing and MMA, and the chance to physically try it out was hard to resist.

My body hurt tremendously after the first lesson, yet it was hard to deny the satisfaction I felt. It was as if my body was saying, “Thank you.”

Sitting at a desk and doing academic work takes its toll on the human body, and for students, staying active this winter can pose a challenge. It’s easy to forget to do physical activity when you’re also worrying about budgeting for gifts or travel. With the added pressure of friends and family laid on thick over the holidays, it’s no wonder that self-care is thrown under the bus during this time of year.

That being said, exercise should not be sacrificed. Doing physical activity allows the brain to relax and focus on something other than work, school, and loved ones. Plus, when you experience intense movement after long periods of sitting down, the feeling can be euphoric.

Not only is exercise healthy, but also, it can relieve a lot of stress. Many people have their own ways of venting, but few are as effective at making you feel better as working out. Before I signed up for kickboxing, I struggled with dark thoughts and negative feelings regarding my education, and I was slowly descending into pessimism to the point that I didn’t care what kind of mark I’d get on assignments.

However, after I put in the effort to give kickboxing a try, I discovered a new-found confidence while sparring with other students, some of whom were just as inexperienced as I was. As I threw each punch at the hand-held targets, I thought to myself, “Where has this been all my life?”