The Evolution of Horror Movies Reveals Truths About Human Nature 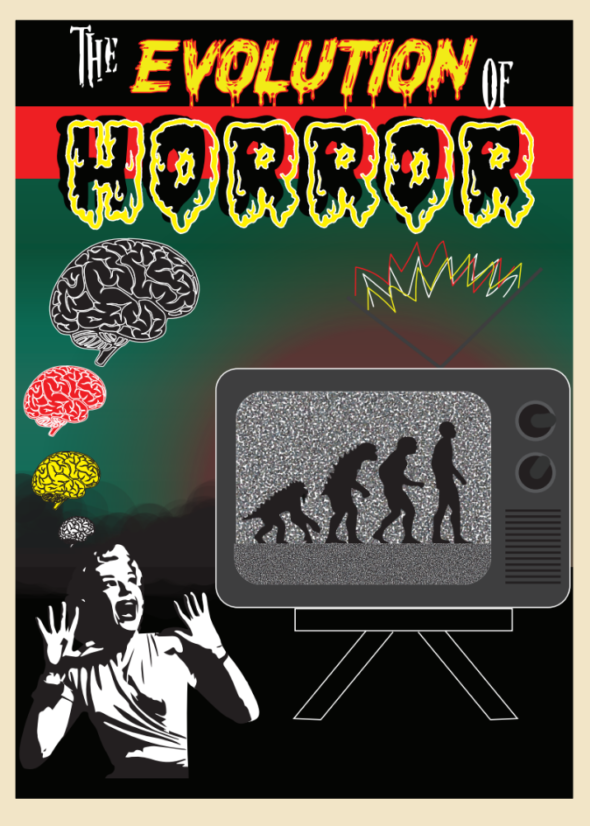 You burn more calories watching horror than you do watching any other genre. While watching a scary movie, human hearts pound, fingertips tingle, and pupils dilate — all natural responses to fear. Some long for this emotion. Others would rather avoid it.

The reaction to horror movies has largely stayed the same over time, but what never ceases to change is what can be interpreted as scary. The genre of horror is supposed to create fear within its spectators, although eliciting that reaction doesn’t always come easily. Filmmakers of this specific genre must continuously introduce new, culturally relevant ideas in order to successfully scare their audiences. As culture and society changes, so do our fears, all of which has contributed to the evolution of horror movies.

Horror as a genre began almost a century ago, when Robert Wiene released the earliest known scary movie, The Cabinet of Dr. Caligari. This German film drastically influenced the future of horror with its themes of monsters and murder that remain essential to the genre today.

Dr. Kelly Doyle, a KPU English instructor and horror movie expert, says she believes that the 1950s were the golden age of horror.

This era included movies like I Was a Teenage Werewolf, The Blob, and Dracula. The ‘50s ultimately changed the genre of horror when its most used setting shifted from the ancient European castle to everyday America.

The Baby Boomer generation drastically impacted the style of horror movies, as they grew to become much less conservative than the generations before them, especially in their youth.

“You have these young people who can’t control themselves. Their hormones are raging and they’re turning into animals, which was very evident in the films at that time,” says Doyle.

In 1960, Alfred Hitchcock released Psycho and shook his audience with the iconic murder shower scene. Its recognizable score and slow lead-up collectively scared audiences for years to come, and it is still lauded as featuring one of the most legendary scenes in horror history.

Generally, these films include graphic scenes of murder, predictable instrumental scores and soundtracks, and relatively flat characters. While watching them, you might find yourself often yelling “Don’t go in there!” at your television — but they never listen.

Watch horror films made in the 1970s and you’ll find yourself confronted with some more socially conscious narratives. The progression began when George A. Romero released his 1968 film, Night of the Living Dead, which focused on themes of sexism and racism never before showcased through mainstream horror. During that time, with its proximity to the civil rights movement, issues of racial segregation and disenfranchisement were at the forefront of the public’s minds.

“Horror is so invested in making us question the logic that underpins racism, sexism and even speciesism,” says Doyle. “It makes us uncomfortable, and I don’t think it’s possible to grow if you’re too comfortable.”

Jordan Peele is a comedian and actor, but is also now known for his work as a film director. He recently released two horror films: Get Out in 2017 and Us in 2019. Through his vision, Peele combines the fantastical elements of horror with the realities of racism to pressure and intrigue his audience with the powerful messages presented in his work.

Recently, A24 directors Ari Aster and Robert Eggers have taken a new approach to horror by creating content which is more disturbing than it is scary. These films could be considered more impactful because they portray lifelike situations that could happen to anyone. Aster and Eggers stay away from clichés used in horror like jump scares and dramatic music, defying standards by setting their films in broad daylight rather than the dark, for example.

Ultimately, horror and society have evolved together. But at the end of the day, many filmmakers just want to truly unnerve their spectators.

“That’s what makes it such a powerful, awesome genre,” says Doyle. “It’s able to get under your rationalism, and even if we can’t necessarily explain what makes something horrific for us, it still manages to get through all that stuff.”