The Effectiveness of Inconvenience Caused by Activism 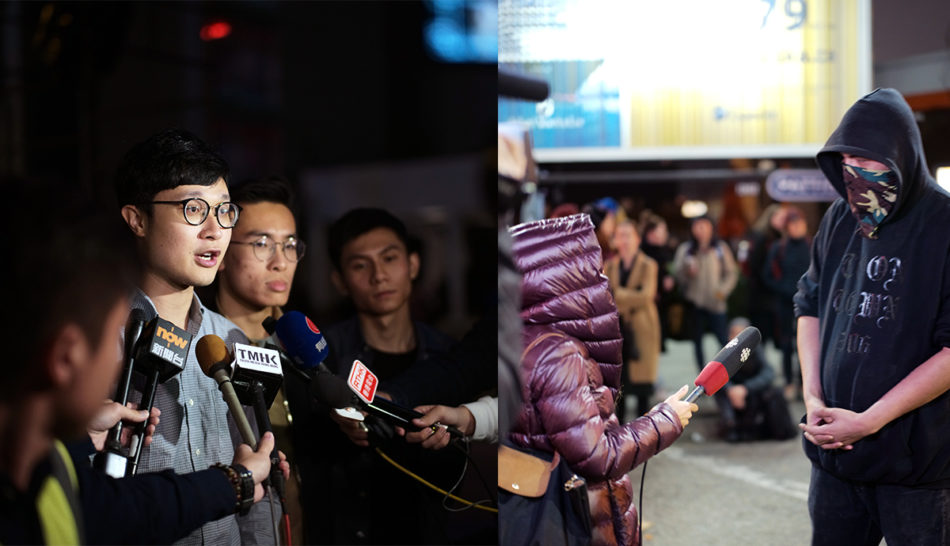 Two speakers at protests on opposite sides of the world: Hong Kong (Left) and Vancouver (Right). (Tristan Johnston)

With many streets in Vancouver being blocked or occupied over the past month, many have been decrying the methods behind actions taken in solidarity with Wet’suwet’en.

Yes, it’s unfortunate to have to miss your appointments, but bad traffic in Vancouver isn’t considered big news unless it is being caused by protesters. And that’s the point.

One of the big challenges for protesters advocating for Indigenous rights is the vastness of Canada and the remoteness of many traditional lands. Ninety per cent of Canadians live within 100 kilometres of the U.S. border, and Wet’suwet’en territory is difficult to access. Partially due to the economic situation of the Canadian journalism industry, many newspapers cannot afford to send a reporter to Unist’ot’en long enough to do this story justice.

The fact that the RCMP were denying entry to journalists up north suggests that they believe photos of Indigenous land defenders being arrested wouldn’t be a good look for them, and the idea that this is for the safety of the journalists is farcical, especially to those who have covered regions with civil unrest or warfare.

An Ipsos poll conducted for Global News which surveyed 1,301 Canadians above the age of 18 found that 61 per cent don’t approve of the methods used by the protesters, 39 per cent agree with the protesters, and 75 per cent say they back government action to help improve the lives of Indigenous people. A similar poll which was conducted in 2013 during blockades related to Idle No More found that 69 per cent of Canadians polled disagreed with the blockades, which means the number of opponents has fallen by eight percent since then.

If we go through the historical record, though, a 60 per cent majority shouldn’t be enough to dissuade those who agree with the protests.

A Gallup poll from 1966 found that 63 per cent of Americans had a negative opinion of Martin Luther King Jr., a civil rights leader even current day Republicans and your somewhat racist uncle at least pretend to respect.

Another key thing we know about the Wet’suwet’en solidarity actions is that they’re non-violent, and no, it’s not “violent” to stand in front of a train. This bodes well for any protest movement.

Researchers Erica Chenoweth and Maria J. Stephan looked at protests held around the world between 1900 and 2006 and found that non-violent movements were twice as effective as violent uprisings.

We also know that the more numbers you have, the better. The people of Hong Kong managed to, eventually, get the government to drop their proposed extradition law after nearly 20 per cent of the whole island protested for months.

With the actions we’re seeing in Canada, however, the numbers are much lower. In Vancouver and areas along the train tracks, it seems like the crowds are barely more than a hundred people at a time. Chenoweth and Stephan found that if you had 3.5 per cent of the population participating in protest, with many supporters on the sidelines, it was nearly certain to succeed. In Canada this would mean 1.2 million people. But again, this is not a requirement, just a threshold through which success is statistically likely.

While the current demonstrations bring up some questions about how fragile the infrastructure of Canada’s railway system is, disrupting it has nonetheless proven to be highly effective as a protest tactic given how many people are actually blockading. As a result, everyone knows about it, politicians in B.C. and Ottawa are scrambling, and the police are feeling the pressure.