A Critical Affair: COVID-19 by the Numbers

Perception of the pandemic can be muddled through interpretation of statistics 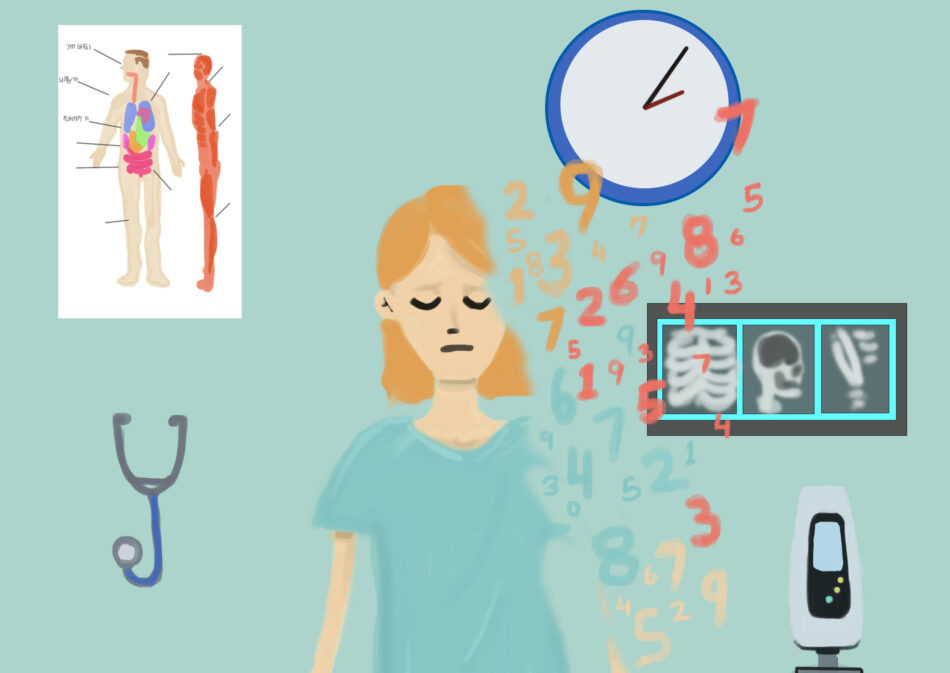 If you check most news sites any day of the week, odds are that their top story has something to do with reporting on the cumulative number of COVID-19 cases and deaths in Canada. Many news publications have an ongoing portal which presents stats meant to give readers an idea of how the virus is spreading.

For instance, CTV’s site “Tracking every case of COVID-19 in Canada” provides charts, tables and maps comparing the numbers between provinces. If you’re specifically looking for B.C. you see a map of the province with the number 2,087 stamped on it, representing the total number cumulative cases since the beginning of March.

It seems likely that people could interpret this as saying that there are currently 2,087 people across the province who currently have the disease caused by the virus. However, if you hop on the website run by the BC Centre for Disease Control, its portrayal of the numbers tells a different story.

The number of people who are currently hospitalized in B.C. is 89, and only 35 of those people are in the ICU as of April 30. There have been 109 confirmed deaths and 1,305 recoveries, which means that 12 times as many people have recovered compared to those who didn’t.

B.C. has also completed 83,425 tests to date, indicating that 83,338 of the people who were tested did not have the virus, or their results have yet to be published. This means that, cumulatively, of all of the people who have been tested for COVID-19, only 2.5 percent have probably tested positive, and only a small fraction of those — about 0.1 per cent of everyone who was tested — succumbed to the disease. These numbers are entirely absent from many stories being published about the progress of COVID-19 in B.C.

“Total confirmed cases” sounds similar to, but is radically different from, “total confirmed active cases,” a distinction which can be confusing to some. To date, cumulative Candian recoveries from the virus outnumber deaths by about seven to one — a fact which, by comparison, isn’t making headlines anywhere.

It should be made clear that while I’m saying this, it’s crucial not to downplay the severity of the emergency, and to take all the precautions you can to self-isolate and avoid transmission. However it’s important to think critically when parsing the numbers related to the disease in order to keep yourself informed in a way which reflects the reality of the situation.

Focusing on cumulative cases disproportionately relies on a number which 1) by definition can only increase over time, 2) fully ignores the success of our healthcare system in treating patients, and 3) can be updated every day to keep online engagement consistent.

Think of it like reporting the total shots during a basketball game instead of the final score. Does it really give you a complete picture of what’s happening and an accurate description of the current situation? For all of our national fixation on supporting healthcare workers during this time, it seems contradictory that news organizations should choose not to publish or prioritize information which shows the beneficial impact of their work.

Think about how this information makes you feel, how it influences the way you think about the world, and how it affects your perception of the spread of the virus. Constantly being exposed to a brute quantification of the lives lost and total number of cases while the active cases and recoveries take a backseat can be misleading, even dehumanizing. While the CBC has acknowledged that it can be difficult to tell the full story of the pandemic, and has just recently started publishing a series looking at the human stories behind the numbers, it still continues to place more weight on the total cumulative cases in B.C. rather than currently active ones.

Ask yourself why this might be. Why do media outlets prioritize reporting deaths, new cases, and hospitalizations over recoveries? What value or benefit do you as a reader get from being shown the cumulative number of cases rather than the active number? Even though this discrepancy in statistics between active and cumulative cases doesn’t change the scope of the problem, it does change the nature of how we view it and influences people’s ongoing perception of it. It’s important to be aware of that.