Apart from speaking six languages, Sayed is passionate about literature and the South Asian impact in Canadian history 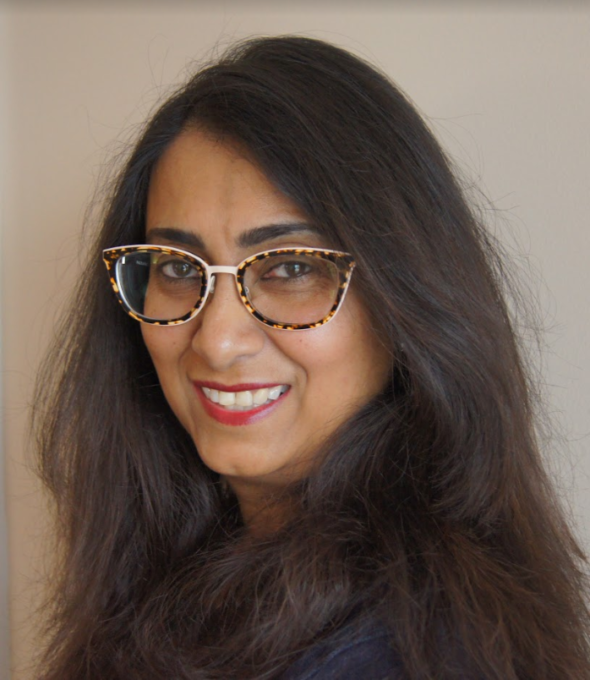 Dr. Asma Sayed is a faculty member in the English department, and she was named Canada Research Chair in South Asian Literary and Cultural Studies in August. Sayed is also the President of the Canadian Association for Commonwealth Literature and Language Studies.

She holds a Ph.D. in Comparative Literature from the University of Alberta, and specializes in postcolonial literature with a focus on narratives of exile and displacement from South Asia and East Africa, as well as feminist literary and cultural studies.

Sayed has published five books, including articles, periodicals, anthologies, and academic journals. Sayed completed a certificate in Diversity and Inclusion from Cornell University, and she is a member of KPU’s Social Justice Centre.

She also served as an adviser on various boards and NGOs like the South Asian Network for Secularism and Democracy, Mise-en-scene, KPU’s film journal,  Canadian Communications Foundation,  and Indo-Canadian Women’s Association.

Before joining KPU, Sayed worked at various universities, including the University of Alberta, MacEwan University, and Athabasca University.

When did you join the KPU community, and why?

I joined KPU in September 2017. I got interviewed for a regular position and was hired as a specialist in postcolonial literature, which is one of my areas of expertise. I moved here from Edmonton, Alberta, in order to take this position, and now I teach courses in literature and women’s writing. When this position came up, it was a good fit for me and my work.

Every time a student comes and tells me that they enjoyed their class or that my class leads them to think of something new — those are learning moments for me. Those are good moments for me. So, I think my interaction with my students leads to many more moments that I cherish.

For example, recently, I learned that a student who had attended my public talk two years back wrote a paper on the topic of my talk in another instructor’s class this summer. The instructor basically just sent me a message saying, “Hey, I just wanted you to know one of my students wrote a paper on the topic that you had talked about two years back.”

That’s exciting. It shows that the work that we do here has an impact. It’s affecting our students in a way that they are thinking about these issues. At the same time, I have many different stories in the making right now. So as you know, I was recently named Canada Research Chair in South Asian Literary and Cultural Studies. This position will allow me to launch many teaching and research projects at KPU. It will provide me with opportunities to involve many students in that project.

Also, President Davis appointed me to lead a task force on anti-racism. I am excited about this opportunity to work on matters that are incredibly important to our community. I am working with a group of people right now who are passionate about making positive change.

KPU is a great place to be. It is a vibrant, welcoming, and evolving institution. If one wants to be involved, there are loads of opportunities. There is so much we can do here. We have amazingly dedicated instructors, students who are keen to be involved, and really a supporting network of people who want to make a positive change.

I feel that I am constantly learning and growing with my students and colleagues. I have worked with many institutions before coming to KPU, and I can say that there is much positive energy here at KPU.

I am working on multiple projects, some of which are [linked] to my CRC position. One of my major projects is building a digital database of the contributions of South Asian artists in Canada from 1910 to 2010, which is an important historical period for the Sound Asian community in Canada. And I’m looking at South Asian writers, filmmakers and visuals artists and the way they have contributed to the social discourse in Canada.

The digital database will basically archive all the information about all these artists, and then it will lead to a book about the contributions to the social justice discourse. So basically, I am working on two book projects which will be completed over the next four or five years — also, a few research papers for academic journals and anthologies. I also write regularly on films that focus on social justice issues. I have a column that is published three times a year from Kenya, there I write about films that focus on social justice issues.

Also, for the next 18 months, the task force on anti-racism which I just mentioned will also keep me occupied, as we will be launching a number of lectures and discussions and workshops. And then, on the teaching side, I am teaching a new course on Postcolonial Ecocriticism. So, I am in the process of inviting speakers for discourse, and this talk will be accessible for the KPU community as well. So yeah, a few things going on.

I was born and raised in India, and I moved to Canada some 22 years back. In India, I grew up speaking Kutchi at home, English at school, and Gujarati with friends. I also studied Hindi, Gujarati, and Sanskrit at school and university. I was introduced to Urdu because of my father’s passion for old Hindi cinema. I learned to read Arabic from my mother, who wanted me to be able to read the Quran. So, this multilingual upbringing has been a blessing as it can also inform my studies of literature.