Your guide to the provincial parties and their stances on housing, public health, and more 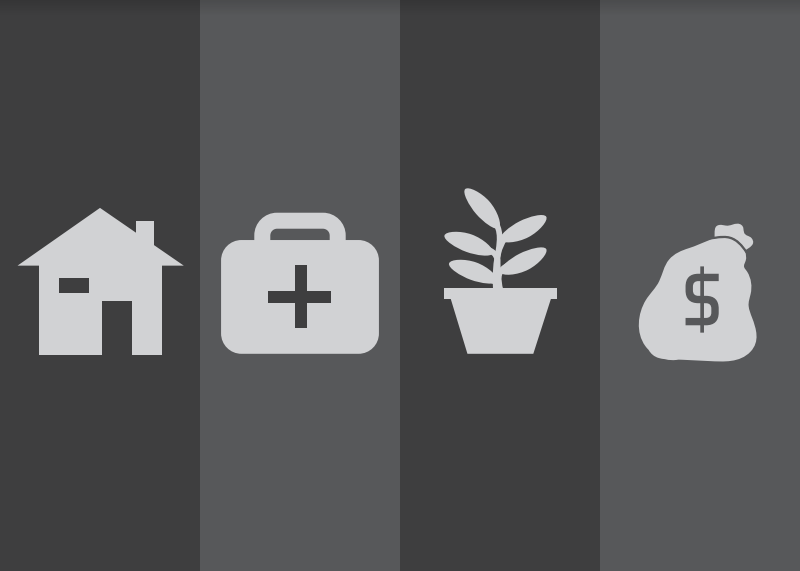 Here is a handy guide on the key players in the upcoming provincial election: The NDP, Liberals, Green Party, and Conservative Party. This should fill you in on their stances regarding housing, public health, the economy, and other issues that matter to you.

In the last election, the BC NDP promised to build 114,000 affordable homes in B.C. over the next 10 years. Their new platform continues to stick by that promise, in addition to promising to fund 4,900 units of affordable rental housing for seniors, families, and low-to-middle-income earners. Along with building more than 2,000 modular homes, the fund will support 280 transitional housing units for women and children experiencing domestic violence. It will also provide housing for Indigenous people and help fund new student housing at universities throughout the province.

The BC Liberals are pledging a one-year suspension of new fees and taxes, delaying projects, incentivizing local governments to approve more rental units, and making public hearings more accessible to communities. They want to make broader use of the Certified Professionals Program, encourage pre-zoning with density benefits, and enable landlords to apply for financial support during COVID. Additionally, they want to extend property tax reductions and deadlines to housing developments and implement rebates to encourage rental housing investment.

The BC Green Party has yet to put out a current public statement on this issue.

The BC Conservatives have committed to reviewing the existing 95 per cent of Crown land in B.C. and allocating 1 per cent of that Crown land to the development of more affordable housing. They are also encouraging financial institutions in B.C. to finance the development of affordable housing and increase the threshold to qualify for Property Transfer Tax exemptions for first-time home buyers.

Because of COVID-19, public health is a huge issue in the upcoming election.

The BC NDP party recently promised a new hospital in Cloverdale and 10 new urgent and primary care centres by the end of the year.

Meanwhile, the BC Liberals have promised to bring back Medical Service Plan premiums and free flu shots for all British Columbians, should they be elected.

The BC Conservative plan includes supporting publicly funded healthcare systems “as the primary facilitator of health care services in British Columbia.” If elected, they will support the development of “efficient and affordable mental health and addiction initiatives for British Columbians.”

COVID-19 has completely changed the economy as we know it, and everyone’s eyes will be on the provincial parties to see what they plan to do.

The BC NDP has promised to invest $20 billion into creating jobs and supporting the technology, forestry, mining, creative, and tourism industries.

The BC Liberals have promised a 60-to-90-day holiday on the Provincial Sales Tax, Hotel Tax, and Employer Health Tax. They also have said they want to apply short-term commercial rent relief, increase the tourism marketing budget, and develop a rural B.C.-specific economic strategy. The party has encouraged implementing a moratorium on “red tape that would add costs for businesses.”

The BC Green Party has yet to put out a platform on this issue.

The BC Conservatives want to introduce competitive provincial, personal, and corporate tax rates “to encourage investment, growth and job creation in all regions of British Columbia.” They want to cut red tape and regulatory burdens through a “systematic review, simplification and reform of all Governmental regulations.”

Climate change and its impacts on our environment have emerged as an important subject in politics, particularly in B.C.

The BC NDP’s platform promises to invest $111 million into combatting and preventing wildfires, modernizing environmental regulations, and implementing a “made-in-BC Wild Salmon Strategy.”

The BC Liberals have not put out a public platform on this issue. In contrast, the BC Green Party has called for the current government to implement a moratorium on forestry in high-risk old-growth ecosystems across the province and take further action in protecting wild salmon.

If elected, the BC Conservatives will work on “balancing economic development opportunities with environmental protection” through water and park conservation and protecting hunters’ and fisheries’ rights.

Apart from those mentioned above, each of the parties has committed to other issues affecting British Columbians. The BC NDP has pledged to co-develop legislation with B.C. First Nations based on the Declaration on the Rights of Indigenous Peoples Act.

The BC Liberals’ platform, for the most part, seems primarily focused on supporting safe reopenings of schools, tourism, and small businesses, as well as taking action on hate crimes and supporting seniors.

The BC Green Party has been actively speaking about banning conversion therapy and ending private contracting of long-term seniors care.