From the Editor: Why elections are important 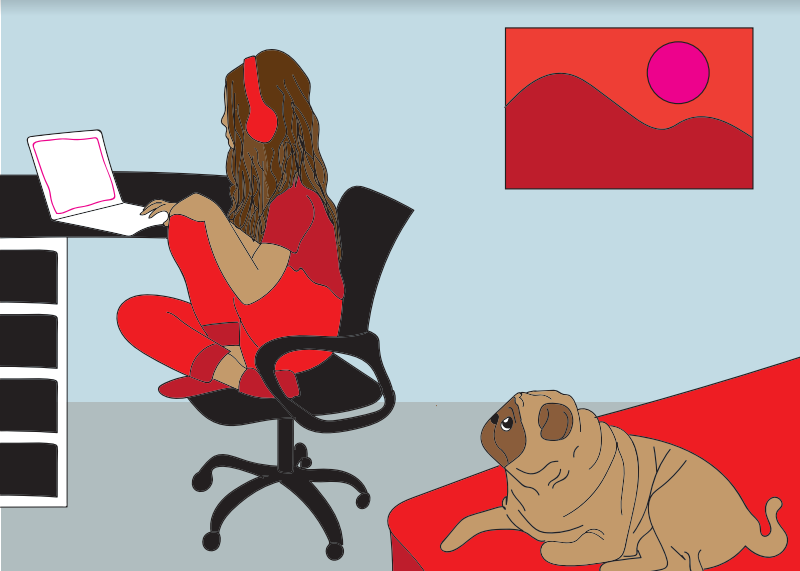 This is surely an odd time to have a provincial election, but the ball is rolling, and we need to fill you in on all the candidates. Before digging into why elections are important, I should let you know that The Runner also had an election, and guess who their new editor in chief is? Cue the drumroll… me!

I was the associate editor before being elected, but before that, I was a contributor, community reporter, and staff writer. My hobbies include baking, hugging my pug Booboo while he snores, creating YouTube videos, and writing about social issues, inequality, culture, and climate change. I am majoring in Journalism and minoring in Creative Writing.

When I entered The Runner office, my 19-year-old self was welcomed with a smile and a “hello.” I sat with my pink Jansports backpack around the black coffee table, which was extremely disorganized and covered with stacks of newspapers. I paid close attention as the editors recited the day’s pitch list, and I kept on nervously telling myself, “Okay, this time, I’ll grab a story.”

Soon enough, one story turned into a whole lot more. I was constantly reporting on KPU and KSA events to the point where I became quite knowledgeable about the university’s culture and issues.

After speaking with KPU faculty, students, and community members, I realized I wanted to be The Runner’s next editor in chief. This publication has taught me that journalists are the pillars for those who need a voice, and I want to lead this paper with that in mind.

Participating in my first election as a candidate was scary. I was behind a computer screen, clueless if I was going to achieve my goal or not. I could feel my palms sweating while Booboo kept sleeping peacefully on my bed.

Now, I can’t even imagine the anxiety the provincial candidates are going through, though I guess some are used to it.

Elections are important because they offer an opportunity for people to choose their representative. It is a chance for minorities and people who don’t feel represented to select candidates who will hear their concerns.

As students, we must cast our vote to secure our future. Right now, our generation has a loud voice, which calls for action on climate change, equality and justice for Black and Indigenous peoples, a safe drug supply including the decriminalization of small quantities of illicit drug possession, and a cure for B.C.’s housing crisis.

B.C. has three main parties with different goals and objectives. We must choose who we think has the right ideas for our future and for the province’s future.

Some of us have been paying close attention to the U.S. election, and by now, we have probably seen the iconic fly that landed on Mike Pence’s head. But let’s not get discouraged. Our elections might not be as juicy as our neighbour’s, but they are relevant to our lives and communities. Plus, at least we don’t have flies roaming around our candidate’s heads. Thankfully, I didn’t have a fly roaming around on my head either, because I despise those little buzzy insects.

Nevertheless, I am beyond grateful to the people who voted for me and left this inclusive and diverse publication in my not-so-sweaty hands. Without an election I would not be in this position to elevate student voices, and the provincial election is a chance to have your voice heard so vote on Oct 24.