The upside of practicing ‘safe six’ 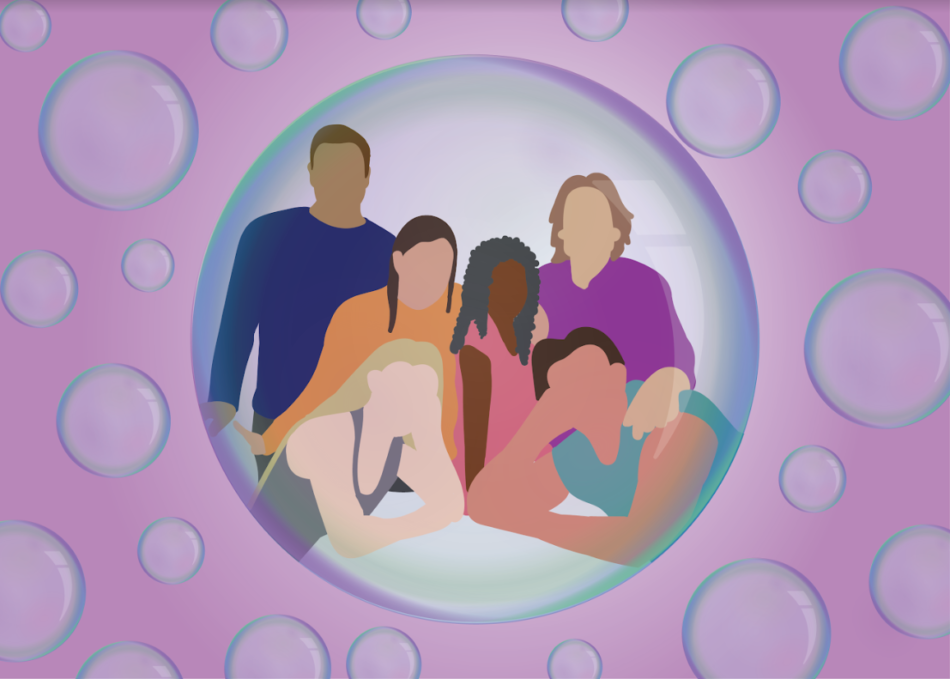 Update: New temporary provincial health officer orders for the Fraser Health and Vancouver Coastal regions mandate that there be no social gatherings of any size with anyone outside individuals’ immediate households until Nov. 23.

Apart from being with immediate household members during COVID, B.C.’s Health Officer Dr. Bonnie Henry suggested over a public Livestream that individuals should also stick to their “safe six” to prevent catching the virus.

On Oct. 26, Henry proposed British Columbians limit the number of guests in their households to just six. This suggestion comes after provincial record breaking COVID-19 cases. From Oct. 23 to Oct. 24, there were 317 cases. Then on Oct. 25, 293 cases following Oct. 26 with 207 reported cases.

I remember my abuela saying, “Keep your circle small. Not everyone is your friend.” Now, I am finally able to practice that with my safe six. But the downside is that we still won’t be able to exhibit physical affection.

“For your safe six friends, closer [than two metres] is okay, but not physical contact, so no hugging and kissing with those friends,” Henry stated in a briefing in September.

Hugging and cheek-kissing is part of my culture. Latinos are very physical when it comes to greeting on another. Whenever we see our friends or a relative, the first thing we do is give them a hug followed by a kiss or just a hug if we don’t know the person.

All of my Latino friends are accustomed to this way of greeting, and COVID-19 has prohibited some of us from demonstrating this natural form of affection.

However, sticking to your “safe six” isn’t required by law yet. Whoever wishes to hang out with more than six people is free to do that without facing any penalties, though on Oct. 31, the British Prime Minister ordered the country’s second national lockdown due to a rise of COVID-19 cases. This comes after the nation made it mandatory for people to stick with their safe six.

In early September, England prohibited social gatherings with more than six people, indoors and outdoors. Police could break up groups, but If individuals refused, they could be fined for £100, which would double on every repeated offence.

I hope B.C. doesn’t go to these extremes.

But, right now having a safe six doesn’t sound so bad. It can be a chance to get to know your friends better. Having people over for a video game night would be fantastic. Just bring your safe six, turn on your console and play on. In my case, I would play games like Mario Kart 8, Super Smash Bros, and Super Mario Bros while eating pizza, ice cream, and chips.

In the meantime, let’s hang out with the people who are closest to us and who we see on a regular basis. And for upcoming holidays like Remembrance Day, Christmas, and New Years, let’s invite our safe six into our home while preventing physical affection and encouraging shoe taps, elbow bumps, and air hugs.