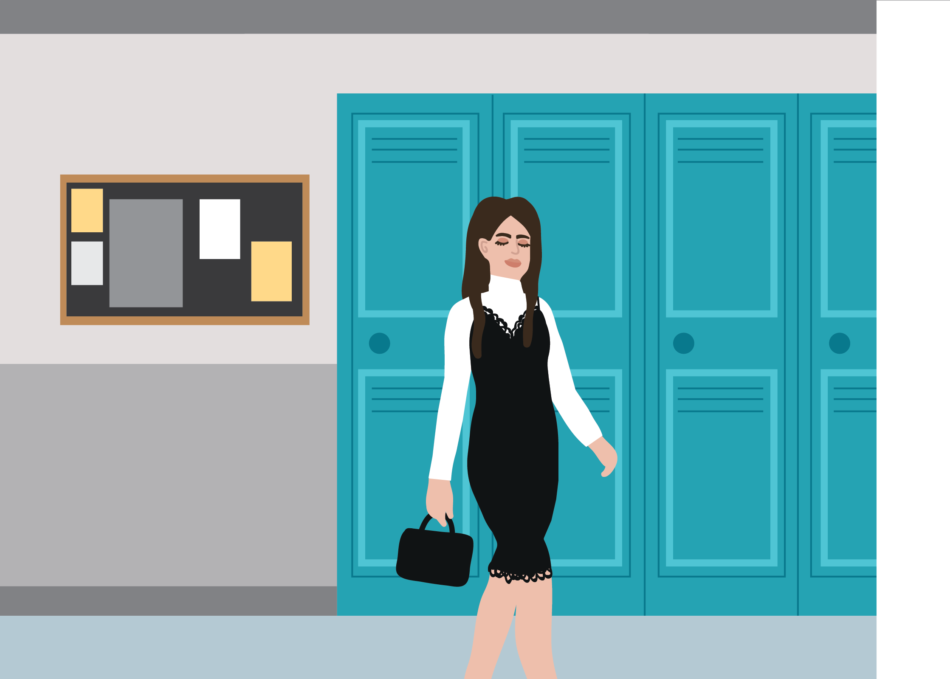 A grade 12 student was sent back home from Norkam Senior Secondary School in Kamloops for breaking the district’s dress code of conduct, creating a contentious debate on B.C. dress code ethics.

Karis Wilson was wearing a black knee-length dress layered over a white turtleneck when she was told that her outfit was distracting to the male teacher.

There have been many cases like Wilson’s where girls are called out in public spaces for dressing “inappropriately” and while the incident may just seem like a spur of the moment, it can have a huge impact on a person’s life.

“I went to school that morning feeling confident and happy and excited to learn, I was told that my lingerie style outfit was making some teachers uncomfortable. Once I realized, she was being serious, my heart just kind of sunk into my stomach and I felt alone and awful,” she said in a CBC interview.

I have been told to dress appropriately when going out for a late night. While I must protect my safety, men should educate themselves to coexist in a respectful manner. Many of us would agree with Wilson’s father’s Facebook post in support of his daughter, “This is unacceptable, we shouldn’t be treating our females like this, we shouldn’t be telling them that they can’t dress a certain way. This is absurd.”

This story has inspired many other young minds. Wilson’s fellow mates held a small rally the next day to show their support. Other individuals also checked their school dress code.

“More work needs to be done to ensure women and girls feel safe, regardless of what they’re wearing. She also says there should be a broader education of over sexualizing of girls, rather than blaming girls for unwanted attention,” she added.

This is not a new issue. In 2019, an eight year old girl from Michigan was refused a school picture because of her red hair extension.

“It’s a chronic issue. And it’s often girls that suffer the consequences of people feeling uncomfortable around clothing, If we’re actually going to have an equal society where women and girls can feel safe in all environments then we ought to do a lot better job of educating everyone around these issues,” said Mooring.

The Michigan case gave some hope, unlike the Kamloops case. On learning about the girl’s story, photographer Jermaine Horton set up a photoshoot for her by contacting her parents. He drove over four hours to reach Michigan and asked the eight-year-old to have her red braid extensions for her photoshoot.

The school’s dress codes and those enforcing them must evolve with the changing era. Norkam Secondary school says they are reviewing their policies on dress code ethics, which is a good sign that people are starting to care.