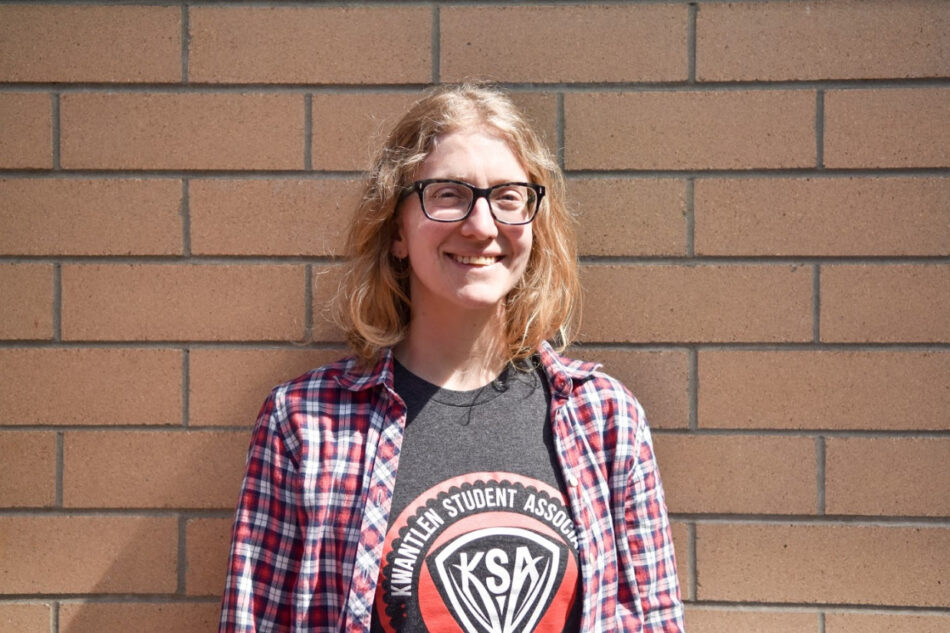 A new Sustainability Ambassador Program for KPU students is being planned for the fall semester after being approved by the Kwantlen Student Association council on May 7.

“The plan right now is to start it in the fall as a pilot program with a small number of students,” says KSA sustainability coordinator Erin Pedersen, who brought forward the motion to create the program.

She says that she was partly inspired to develop it for students because she felt that “there weren’t really many other ways for them to engage with sustainability, apart from very brief interactions like working as an event volunteer, attending an event, or potentially through their academic coursework.”

Pedersen says the program has been an idea in the back of her mind for some time, and during engagement sessions with KPU, she noticed that KPU was wanting to collaborate on a project separate from the Student Climate Change Ambassador Program created in 2019 by political science chair Dr. Ross Pink.

KPU’s sustainability framework, which was approved March 31 as part of the KPU 2050 Official Campus Plan, includes the goal of working with Sustainable KSA to “explore development of a student sustainability ambassador program to promote and support sustainable lifestyles on and off-campus.”

Pedersen met with Brent Elliott, KPU director of planning, development and sustainability, on May 18 to discuss what the collaboration could look like.

“We still have a lot of questions,” Pedersen says. “There are two main models that exist. One is a more project-based system … and the other is more of an outreach model.”

In the project-based system, the program would have small groups of students working on specific projects to increase sustainability awareness on campus. Pedersen says that this could include hosting events, planting pollinator gardens, and producing an e-book about sustainable food on and off-campus.

The outreach model is “where students would have to get a certain number of touch points or interactions with other students,” she says.

“So in that case, ambassadors would be a team that could table at various KPU events [and] put on their own events raising awareness about specific sustainability topics on campus.”

Some examples of other post-secondary schools that have similar ambassador programs are Langara College, Thompson Rivers University, and the University of British Columbia.

“We plan to go to the KPU sustainability meeting, which should be happening in June, to get a bit of input on what the members of the committee think the format of the program should be,” says Pedersen.

“Either way I want to make sure that the program allows students to form a connection with each other, and with the KSA as well.”

Pedersen says she hopes the program will run from September until April, which would give students time to get to know each other.

“I think people are feeling fairly disconnected with the pandemic,” she says.

“So, I’m hoping the fall will be a good time to launch something like this so that students have a way to feel connected to each other, and also to sustainability on campus.”