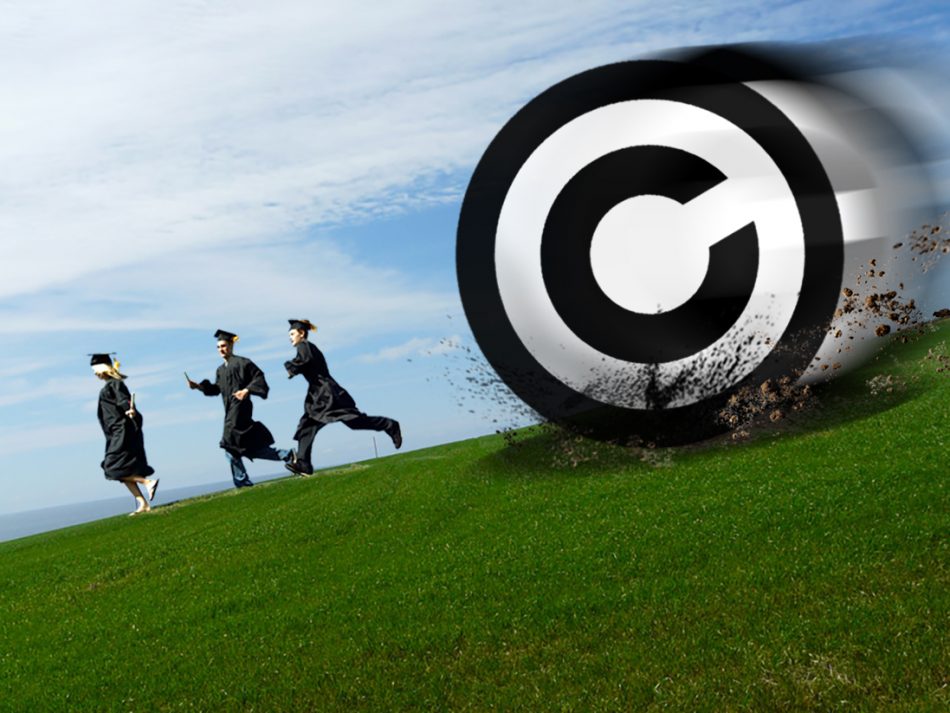 Since 2012, students have been able to freely use limited amounts of copyrighted material for educational purposes. Advocates worry that the current review of the Copyright Act could change or remove this exemption. (Braden Klassen)

Student advocates are concerned that a current review of the Copyright Act could negatively affect Canadian students’ access to affordable educational materials.

The Copyright Act of Canada is the overarching legal framework that Canada’s copyright law is based on. It ensures that content creators are compensated for their work and gives them opportunities to control aspects of how their content is distributed in Canada.

Because of the considerable volume of copyrighted materials published in Canada and abroad, the act contains a section that provides exemptions for certain uses of copyrighted content. These exemptions are known as fair dealing, and they allow people to use copyright-licensed material without needing to directly pay or seek the permission of the copyright owner.

In 2012, the Copyright Act was revised, and the section concerning fair dealing was amended to include educational use as an acceptable reason for copyright exemption, as long as the use was deemed fair. This meant that students, teachers, professors, and researchers were able to access copyrighted materials at a reduced cost.

However, in order to keep up with technological developments in how we access and exchange information, the Copyright Act is subject to a mandatory review that must take place every five years. This review process, which is expected to conclude in 2019, opens up the legislation to possible changes, including the sections that concern fair dealing.

Michael McDonald, Executive Director of the Canadian Alliance of Student Associations, says he is concerned that groups who are unhappy with educational use being included in fair dealing could use this as an opportunity to alter or even remove that section of the act.

“The Copyright Act actually has a significant impact on the materials that students can use in a classroom setting or for their own private research,” says McDonald. “Content producers and publishers have been advocating pretty actively for a restricted version of educational fair dealing, or for the removal of that exemption entirely.”

“CASA thinks that this would be a significant step backward, and we think that it would undermine Canadian education,” he adds.

McDonald says that CASA is worried that removing or restricting the educational provision in fair dealing would have a “chilling effect” in Canadian education and research. The organization has expressed concern that increasing the costs or effort required to obtain copyrighted materials for educational use might persuade teachers, professors, or students to forgo using these materials entirely.

In March 2018, CASA published a report that outlined their position on the issue and demonstrated how fair dealing had been benefiting Canadian education since its introduction into the act in 2012.

“We’re optimistic that the [review] committee has grasped that the post-secondary sector is not trying to not pay creators,” says McDonald. “It’s just trying to use that material fairly in a way that the court has already established.”

CASA’s report also mentions the increasing popularity of open educational resources (OERs) in Canada, particularly in B.C. OERs are educational materials developed under an open license that allows the content to be used freely by the public. This removes the published content from the confines of traditional copyright, meaning that it will remain accessible with or without the fair dealing exemption. According to the BCCampus Open Textbook Project, Kwantlen Polytechnic University is the leading adopter of OERs in the province.

KPU psychology professor Rajiv Jhangiani is the University Teaching Fellow in Open Studies as well as a Senior Open Education Research & Advocacy Fellow with BCCampus. Over the past few years, Jhangiani has been heavily involved in research and development of OERs in B.C.

“Very few people write commercial textbooks to become wealthy because, typically, you spend countless hours more than you would be compensated for that kind of very slow trickle of royalties,” says Jhangiani. “I do know that we have authors at KPU who certainly feel that fair dealing is misused or that, perhaps, authors more broadly are under-compensated right now.”

Todd Mundle, KPU’s University Librarian, says that many in the realm of Canadian publishing believe that “the addition of the 2012 educational fair dealing portion of the Copyright Act is now starting to drive the Canadian publishing industry into the dirt and that it’s not going to survive.” Others maintain that the industry is still profitable enough to fare well.

Mundle says that there is no question that fair dealing has benefited students, and that their savings have cost content producers some revenue. Still, he thinks that it’s unlikely that fair dealing will be altered in a way that reduces students’ access to copyrighted materials.

“My sense is that they haven’t opened it up because of problems associated with it. They’ve opened it up because it’s mandated that, every five years, they have to look at it, which is good,” he says. “Hopefully, it’ll help to dispel some of the myths around how having the education provision within fair dealing is affecting Canadian publishing.”

Jhangiani also feels that the review is necessary in order to modernize Canada’s copyright framework.

“The development and proliferation of digital technologies has presented challenges, and this is one of the reasons why copyright certainly should be looked at again,” he says. “Looking at the affordances of digital platforms is important, especially if the marginal cost of reproduction of digital resources approaches zero. How can we maximize access while at the same time adequately compensating authors? The answer to that question is what I’m interested in.”